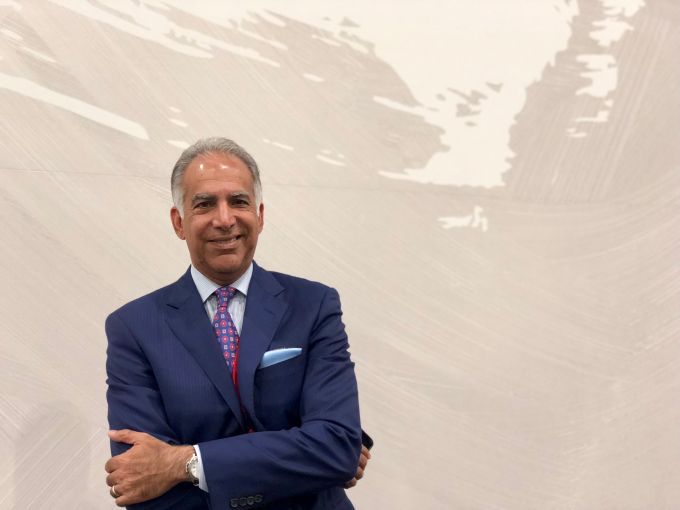 E-commerce, customer loyalty programs and shorter-term leases were just some of the topics batted about at the International Conference of Shopping Centers’ Western Dealmaking Conference held last week at the Los Angeles Convention Center. The bottom line? Retail pros are bullish on the sector as they face down 2019.

Melina Cordero, the global head of retail research at CBRE, said that while it was impossible not to discuss e-commerce—the proverbial “elephant in the room,” when discussing trends—its role in the bricks-and-mortar retail woes is misunderstood.

“E-commerce [has] always posed a huge challenge for retailers not because e-commerce players are taking share, but because the e-commerce is imposing new costs on the retailers,” she told Commercial Observer. “Half of the sales that are happening online are from brick-and-mortar players so your Gap.com, your Nordstrom.com, it’s not just pure online players.”

Rather than taking sales away from traditional retailers, e-commerce and their functionality, like Amazon’s ability to offer free—for the consumer at least—hassle-free returns and fast delivery, has put added pressure on stores to compete. “It’s delivery and last mile and, worse than any of it, is the free shipping and returns which ruin their margins, disrupts their supply chain and store formats,” she said.

To compensate, stores are incentivizing in-store returns and what Buy online, ship to store, or BOSS, particularly heading into this year’s holidays, to alleviate shipping costs and also get consumers in the door.

Citing research, she said that on average, when a consumer returns an item in-store they spend 7 percent more than what they originally bought. “Impulse buying is a real thing,” she said.

The other major trend she noted was retailers creating more specialized loyalty programs and events, like The Nordy Club, a customer loyalty program that Nordstrom launched this fall. “Loyalty and customer return programs are now on steroids,” she said, with programs geared toward bringing consumers to the stores for special events, influencer panels and tiers of perks and services depending on spending levels.

Retailers are also looking to launch new concepts in less risky, shorter-term leases, Cordero said, which presents both a challenge and opportunity for landlords. The traditional 10- to 15-year lease is being replaced by those in the two to three down to six-month ranges for true pop-up concepts.

“For landlords and brokers it doesn’t generate as much revenue,” but newer brands can’t afford to sign 10-year leases,” she said. But higher turnover means the ability the generate traffic and buzz around new concepts and allow tenants to more quickly evolve to meet consumer appetites.

Despite ongoing concerns over trade tariffs and rising interest rates, Anjee Solanki, the national director of retail services at Colliers International, told CO that a consumer poll the firm conducted online revealed a particularly optimistic outlook about the retail sector. “Of the three options, will you spend more, the same or less? Everyone said they are going to spend more, which is telling me that they are doing well financially, happy and still very optimistic about where we are going,” Solanki said.

She said while she expects another interest rate bump in December and again next year, she remained bullish on the retail sector outlook through the third quarter of 2019.

“When you look at it from market to market, what’s fascinating to me from a national perspective is it’s pretty consistent in terms of retail growth of 4 to 4.5 percent,” she said, citing the rise of food as a category killer across the board as the cause. “We say 5 to 8 percent dedicated to foot is an appropriate [retail] mix. Now we’re seeing 15 to 20 percent,” she said.

In terms of brick-and-mortar versus e-commerce, she said native digital brands, like Warby Parker and Allbirds, are looking to increase their physical footprint to stand out and connect with consumers.

Convenience is a major consumer need, leading retailers to offer drive-thru and parking dedicated to shoppers to more seamlessly picking up online orders. Indeed. Major retailers like Walmart already offer 2,000 locations with the “click and quick pickup” option with plans for another 1,000 more by year’s end, JP Suarez, an executive vice president at Walmart’s U.S. realty division, shared during a lunchtime panel.

Naveen Jaggi, the president of retail advisory, leasing and capital markets and international director at JLL, is also bullish on the retail sector, predicting the sector will exceed its 2017 performance.

“Consumer confidence is the highest it’s been since 2001,” he informed CO. “You have wage increases and the lowest level of unemployment in 40 years combined with a stock market that is not showing any signs of retreat. That gives consumers money in their pockets to spend. I foresee a 5 percent increase year over year,.”

Capital markets, however, differ. Properties that traded in late 2010 to 2012 aren’t finding many buyers because of a disconnect between purchase pricing and current retail conditions.

“The ability to bridge the two is really the challenge for those capital market investors,” he said. “There are buyers, but their pricing and underwriting is quite separate from what the expectations of the sellers are. Their basis is too high relative to the current market.”

Combine that with certain retail unpredictability and investors are pulling back.

“All it takes is a Toys ‘R’ Us or something similar,” he said, referring to the toy retailer’s liquidation last year. “It creates a little more uncertainty in the market on the buyers’ side so they bake that into the underwriting, but sellers aren’t looking for discount selling.”