A Day in the Life of CBRE’s Mark Finan 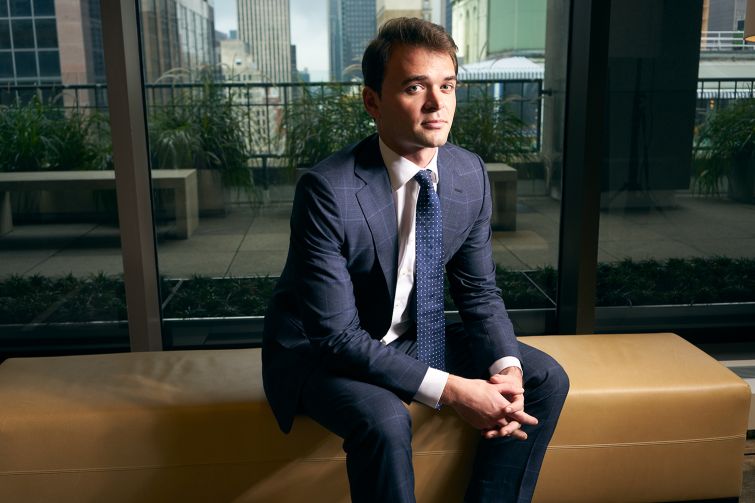 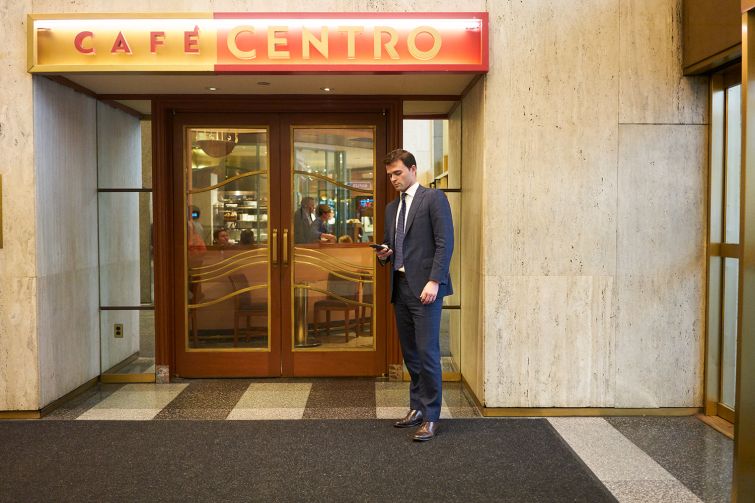 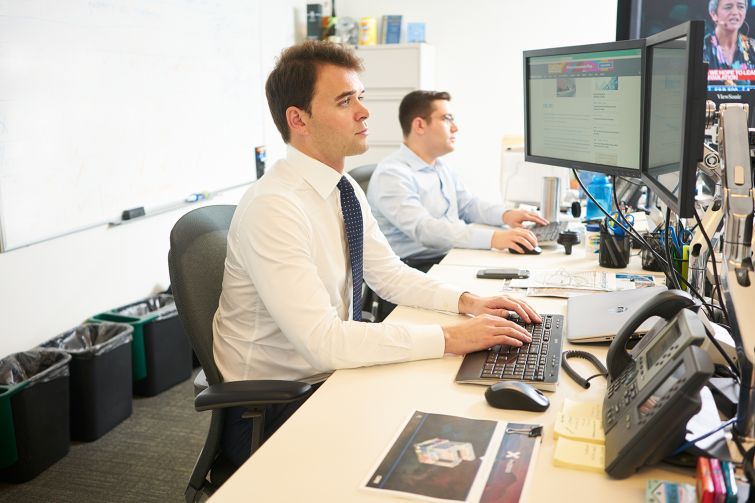 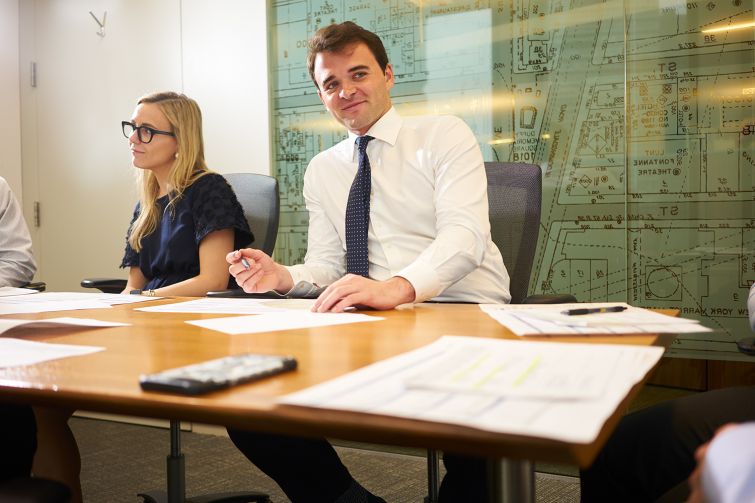 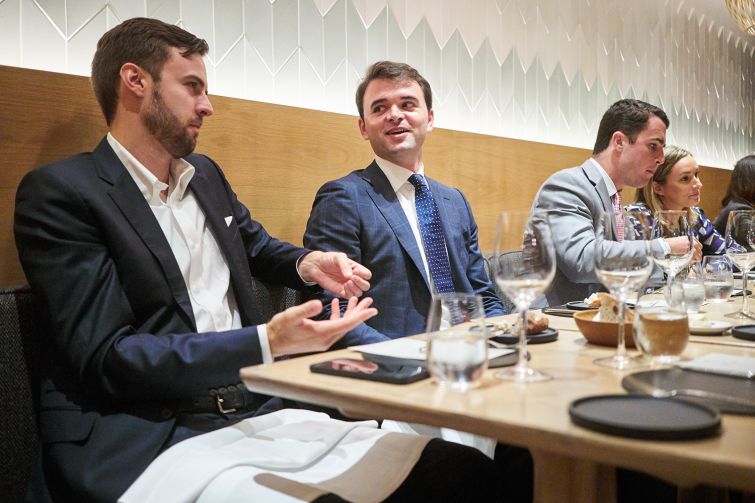 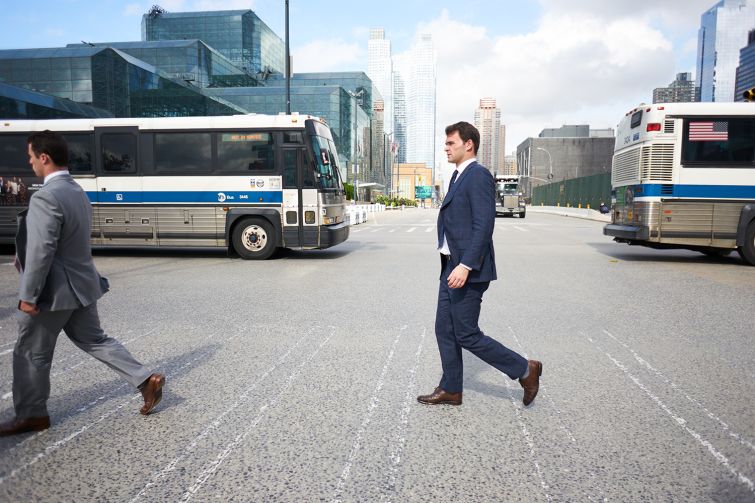 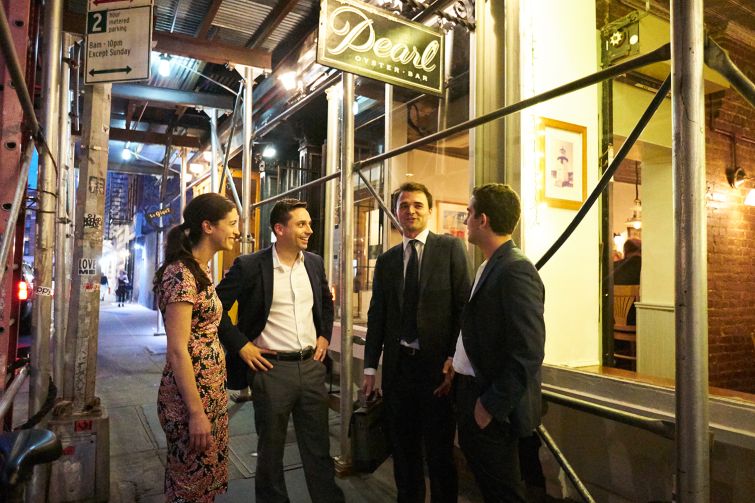 When Mark Finan flew into New York City in 2016 to interview for a job as the third employee of CBRE’s debt and structured finance brokerage, he’d never set foot in the Big Apple before. At the time, the then-24-year-old Chicago native lived on the other side of the country, in Newport Beach, Calif., working balance-sheet origination for Wells Fargo in the Orange County suburbs. Just two years later, he’s well on his way to becoming the consummate East Coast real estate finance insider.

“I’d very much wanted to go to New York. That’s where all the action is,” Finan recalled.

And if the goal was to drink from a fire hose, he couldn’t have made a better move.

Though the firm had a short track record as a debt brokerage at the time, CBRE has brought together borrowers and lenders for well over $5 billion of business in the past year. The focus is on matching major institutional developers with debt from CMBS, banks, funds and life insurers—a one-stop shop that’s sewn up some of the most prominent debt deals in New York City and beyond since its launch.

When you’re managing billions of dollars in real estate financings for some of the industry’s most demanding clients, there’s no shortage of meetings to take and leads to run down. But as Commercial Observer learned by tagging along with Finan for a typical autumn Wednesday last week, the young debt broker is intensely focused on—and highly adept at—keeping all the balls in the air.


Finan begins the day at Cafe Centro, just downstairs from CBRE’s headquarters in the MetLife Building at 200 Park Avenue. He’s joined for breakfast chat today by analyst Conor Haughey of Toronto-based Oxford Properties, whose holdings include prime office buildings in Boston, Washington, D.C., and New York City—most notably at Hudson Yards. After they finish catching up on business over granola and Greek yogurt, conversation turns to Haughey’s recent trip to Toronto, Canadian businessmen’s fondness for hockey metaphors and the traffic chaos that has consumed Midtown during the U.N. General Assembly. “I just value that kind of personal connection, talking about things outside of business in a more casual environment,” Finan said.


Once breakfast is cleared, Finan heads upstairs to the smallish, bullpen-style office that CBRE’s entire brokerage team shares. Even Tom Traynor and James Millon, the pair of former Deutsche Bank financiers who led the team through $5.1 billion of business in their first year or so at the helm, share the room with Finan and their four more junior staffers, sitting behind Bloomberg terminals with views looking north from East 45th Street. Traynor, Millon and Finan used to sit in separate offices, but they called each other so often throughout the day that they decided proximity would be far more convenient.


When everyone’s settled in, the tight-knit debt brokerage team gathers in a nineteenth-floor conference room to review its pipeline of financing projects. Millon leads the discussion by working his way down a printed spreadsheet, starting at the top with deals that are well underway. The goal, Millon explains, is for chancier deals at the bottom of list—which other brokerages may still be competing for—to migrate towards the top as they become sure things over coming weeks and months. “At any time, our pipeline is typically north of $10 billion, with typically $2 billion in the market,” Millon said. Ever leery to protect confidential leads, the team uses tongue-in-cheek codenames reminiscent of those for government secrets to refer to deals that haven’t been announced yet.


After a few hours of work at his desk, Finan and his junior colleague on the CBRE debt team, PJ Finley, head downstairs for a meal. For lunch it’s Agern, a Michelin-starred restaurant in Grand Central Terminal that serves cuisine cooked up by Icelandic chef Gunnar Gíslason. They’re joined by a group of colleagues from CBRE’s capital markets and investment sales groups. “We care about all their deals,” Finan said. “Whatever stage they’re in, we’re constantly providing our feedback in terms of the financing. They’re super fun people, and it’s been a good relationship to foster over the last two years.” (What’s more, Finan is still talking about Agern’s fresh-baked bread at dinnertime six hours later.)


Finan and Finley head straight for the subway to catch the westbound 7 train to Hudson Yards for a project tour. As the West Side neighborhood rises above the MTA’s railyards there, the mission today is a site inspection of Terminal Stores, a former warehouse complex. Developer L&L plans to convert the upper floors into creative office space, and the CBRE debt team is working to arrange financing for the renovation. Finan and Finley are especially interested to walk through the La Colombe coffee shop on the building’s corner along 11th Avenue, mindful that potential lenders will be interested in hearing about foot traffic at different times of day.


As light switches flick off around the 19th floor of 200 Park Avenue, Finan, Traynor, Finley and their CBRE debt teammate Ethan Gottlieb set course for the West Village’s Pearl Oyster Bar to meet members of Goldman Sach’s commercial real estate lending group over dinner and drinks. Finan and CBRE have worked with them to fund several debt deals over the last two years, and he said he always finds it valuable to catch up in person. By the time the meal is through at 8:30 or 9, it will have been a 12-hour workday—a schedule that Finan says is more or less typical. Passing a beer to an exhausted reporter, the young debt broker looks as fresh as he did over morning coffee.
CBRE, Ethan Gottlieb, Goldman Sachs, James Millon, Mark Finan, PJ Finley, slideshow, Terminal Stores, Tom Traynor
Sales  ·  Residential
New York City