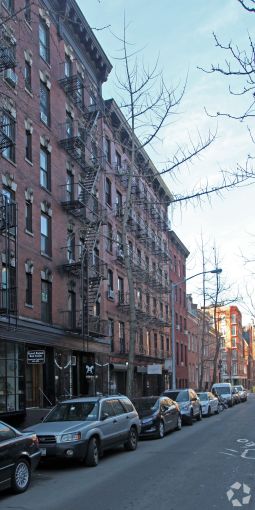 After owning and managing two West Village multifamily buildings for the last 60-plus years, Julian Whiting of J&I Management has sold the properties for $19 million, Commercial Observer has learned.

The sale of 240-242 West 10th Street to a foreign investor that goes by Carmine Limited closed today, according to Venture Capital Properties’ Itan Rahmani, who represented both sides in the deal along with Yoel Sarraf, Joseph Soufeh and Ryan Sabet.

“He owned it forever and this was the last of his family holdings in New York City,” Rahmani said.

The 25-foot-wide side-by-side buildings span a total of 21,450 square feet between Hudson Street and Seventh Avenue South. They include 44 units averaging 400 square feet, 28 of which are rent-regulated and the majority of which are one-bedrooms. Six of the apartments are vacant, of which two are market-rate.

A representative for Mautner-Glick Corporation, which will manage the properties for the new owner, said in emailed remarks: “There are vacant units that will be renovated…but this is long-term ownership and we plan to make upgrades over time to correct deferred maintenance and to create a clean and comfortable environment for the tenants.”

Update: This story has been edited to reflect that the properties were purchased by Carmine Limited and that Mautner-Glick Corporation will manage the assets.