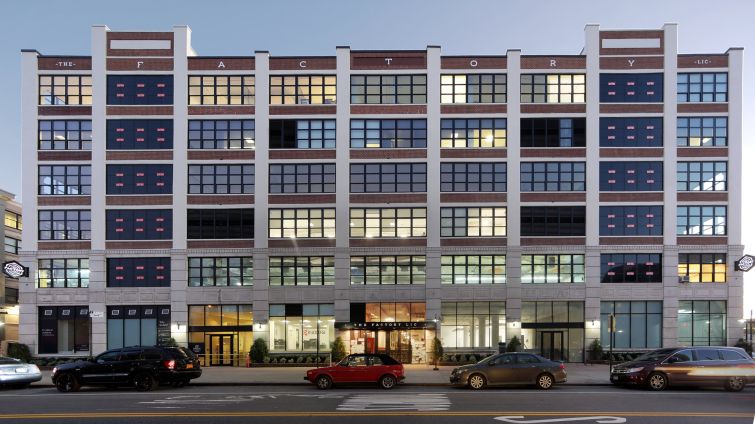 Halo Branded Solutions, a distributor of promotional products in the United States and internationally, has taken 17,684 square feet at The Factory, a 1.1-million-square-foot creative loft office building at 30-30 47th Avenue, in Long Island City, Queens, the landlords announced. The deal, signed a couple of weeks ago, is for 10 years, and according to a source the asking rent was $42 per square foot.

Halo will relocate from a Long Island City building to part of the sixth floor at Atlas Capital Group, Partners Group and Invesco Real Estate‘s 10-story property. Move-in is scheduled by the end of the year. Halo will join toy company Cardinal Industries, which signed a lease in May to relocate to 25,000 square feet on the sixth floor at The Factory, as Commercial Observer previously reported. (Per an Atlas spokeswoman, Square Mile Capital is no longer part of ownership.)

Having acquired Michael C. Fina Recognition, a New York-based third-generation company in the recognition and incentive industry, early last year, the move to The Factory “will lead to better-operating efficiencies and enhanced employee interaction,” per a press release.

Tenants in the building, which takes up a full block bordered by 30th Place and 31st Street and 47th and 48th Avenues, include Ralph Lauren, Macy’s and Madewell.

“Following renovation of this 92-year old former Macy’s warehouse, The Factory has become a magnet for young millennials seeking cool collaborative workspace, accompanied by a myriad of sought-after amenities,” Waterman said in a statement.