Game of Loans: How Are Lenders Winning Deals in Today’s Competitive Landscape? 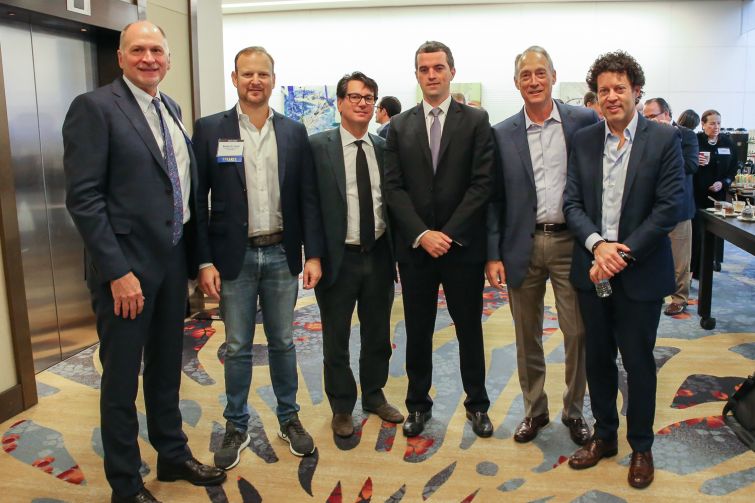 And the titans of commercial real estate finance are preparing their armies to do battle, as evidenced in the “Everything’s Rosy…Or is it? Identifying Trouble Spots in the Market,” panel at Commercial Observer’s 2nd Annual Financing Commercial Real Estate conference in Washington, D.C. on Wednesday.

The panel included a few Game of Thrones references as lenders in today’s competitive marketplace were compared to warriors.

Ackman-Ziff President Simon Ziff (who bears more than a passing resemblance to Game of Thrones’ Jon Snow, dare we say?) moderated, and asked some of commercial real estate’s top financiers exactly what’s in their arsenal.

Kevin Cullinan, a vice president at Mack Real Estate Credit Strategies, said that victorious lenders are those who can demonstrate structural creativity and provide continued asset management services after a loan closes. Additionally, having a strong track record and good reviews goes a long way:  “We’re putting prospective borrowers in touch with groups we’ve done business with already,” he said.

Mack has been busy lending across asset classes to well-capitalized sponsors, Cullinan said, often selling off the senior piece of construction loans to a single bank.

The lender has been active in D.C., completing over $1 billion in transactions in the area and lending on some of its most dynamic projects. It provided a $380 million construction loan to Penzance in September for its 1.2-million-square-foot mixed-use development in Rosslyn, Va.—recently named The Highlands—plus a $160 million loan to Akridge, Western Development Corporation and Orr Partners for their conversion of the former U.S. Coast Guard headquarters in D.C. into a major mixed-use waterfront project called River Point (Square Mile Capital Management is an equity partner in the project). Both deals were arranged by Ackman-Ziff.

Douglas Development Corporation principal Norman Jemal—the only owner on the panel of lenders—admitted “there’s nothing better than hearing ‘we want to make this deal happen for you,’ but working with lenders who can offer flexibility and speed of execution is key as an owner and developer.  He used a transaction where Douglas Development needed to extend a tenant’s lease as an example, and Mack (as lender) approved it within 48 hours. “Feeling comfortable with a lender and having certainty of execution is paramount,” he said.

“Everybody’s got money,” said Thomas Whitesell, the group head of real estate at CapitalSource. But the key to winning deals, Whitesell said, is developing good relationships “up and down the capital stack.” Case and point, CapitalSource has closed 10 deals with Square Mile Capital Management so far.

The L.A.-based lender’s financing sweet spot is between $100 million and $125 million, and it likes to have mezzanine or preferred equity behind it, provided by experienced firms who can step in if problems pop up. Whitesell said CapitalSource prides itself on speed and certainty of execution, and being “decisive,” when it comes to lending opportunities, adding that lenders should take heed not to “overquote” and promise borrowers more than they can deliver in a race to close deals.

Square Mile’s senior managing director of credit strategies, Jeff Fastov, said that while every lender and their mother will tell you they’re competing on pricing, proceeds or structure, “We’re trying have an answer for every part of the capital stack” in order to discuss borrowers’ “whole business, and add value to it” he said. “We become strategically important and get chosen for that reason.”

Square Mile is actively lending nationwide and across asset classes, but its extensive experience as an equity investor gives it a leg-up in assessing, understanding and winning deals.

Fastov explained it’s difficult to be “quick and certain” about potential deals if you’re not also in the market as an owner. Ziff asked if being both a lender and owner ever gives some borrowers pause, but Fastov replied that any initial concerns are quickly quashed when they realize the upside in having Square Mile’s experience and expertise in their pocket to help them in executing complex business plans.

Northwestern Mutual’s Regional Director Eric Ekeroth told the packed room that even as a “sleepy life insurer,” Northwestern can still compete heartily with the best of them, largely because of its certainty of execution and ease of execution. This proves especially useful a time when rates are creeping up and borrowers are jumping to rate-lock, he said.

Last year, Northwestern Mutual closed $1 billion in construction loans. This year that amount has dipped to $500 million, but that’s largely due to less opportunities arising, Ekeroth said. The life company likes real estate as an alternative investment, and in D.C specifically it gravitates towards Class-A trophy-esque office buildings, although the market is pretty “saturated” right now, he said.

One thing is for sure, in the words of Game of Thrones‘ Cersei Lannister: “When you play the game of thrones, you win or you die,” and all the lenders on this opening panel came to win. 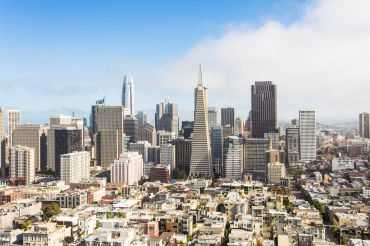