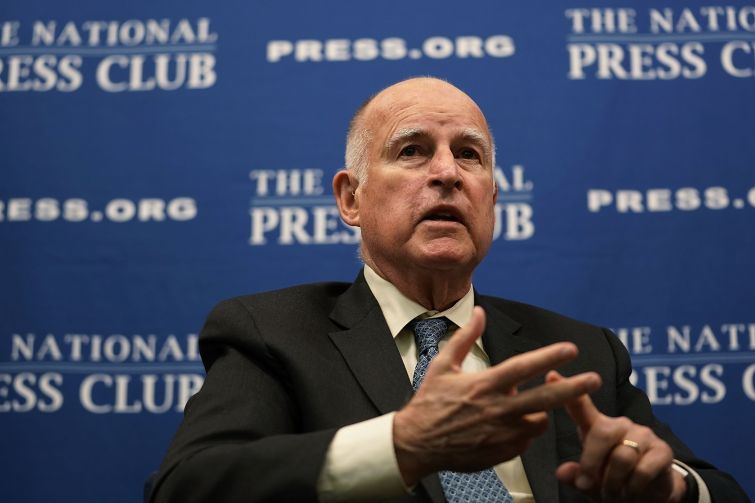 Gov. Jerry Brown made waves on Sunday when he signed a bill into law that will make California the first to require publicly traded corporations headquartered in the Golden State to include women on their boards of directors—something that could no doubt have an effect on publicly traded real estate firms.

“Given all the special privileges that corporations have enjoyed for so long, it’s high time corporate boards include the people who constitute more than half the ‘persons’ in America,” Brown wrote in a signing message during what is his final legislative session before he leaves office in January. The Los Angeles Times first reported the bill’s signing.

The bill requires, by the end of 2019, at least one woman on all boards in California. By the end of July 2021, a minimum of two women are required for boards with five members, and there must be at least three women on boards with six or more members. Companies that do not comply risk fines of $100,000 for a first violation and $300,000 for second or subsequent noncompliance.

In subsequent coverage of the controversial bill, The New York Times pointed out that even for companies that are headquartered in California, the number of new female board members that the law would mandate is small, applying to about only 72 companies.

Among commercial real estate companies, several of the larger companies, based on market capitalization tallied by InvestSnips, are already up to snuff. For instance, major mall REIT Macerich already has three women on its 10-member board, as does Kennedy Wilson. Industrial REIT Prologis would have to up the number of women on their 12-member board—currently at two—by one. (All three firms noted did not return a call for comment on the bill.)

Global giant CBRE too already meets the new requirements: The firm’s global headquarters is in Los Angeles and has three women on its board of 10.

“We’ve long had a commitment to a board that reflects gender diversity,” a CBRE spokesperson said, “and are proud to be a leader among large California companies in this way.”

The bill’s fate is not yet sealed, however, and could could face some legal issues. The California Chamber of Commerce, as well as other business groups, have questioned the legality of a state imposing these type of requirements on corporations, many of which are incorporated in other states, The Los Angeles Times pointed out.

Gov. Brown acknowledged the new law will face massive legal challenges that could prove fatal but wrote, “Nevertheless, recent events in Washington, D.C.—and beyond—make it crystal clear that many are not getting the message.”

(In a gesture to said events, Brown also copied his signing letter to the U.S. Senate’s Judiciary Committee, which last week advanced Judge Brett Kavanaugh’s Supreme Court nomination to the full Senate despite testimony from Dr. Christine Blasey Ford, who said he sexually assaulted her when they were in high school.)

Peter Belisle, market director of the Southwest region for JLL, which is headquartered in Chicago and not impacted by the bill, concurs with the sentiment. (JLL’s board, including its chair Sheila Penrose who heads the group, has four women among its nine members.)

“You could argue the merits or whether it should be mandated or not, but the benefits are there,” he said. “When we think about a board, it’s supposed to be a sounding mechanism for the company and the company’s C-suite. The more broad you can comprise your board of different industry backgrounds, different genders, ethnicities and just different perspectives, you’ve got a richer set of solutions that come out of that. To me, it’s a no-brainer. You’d want to be doing [this] anyway.”

For more Los Angeles area coverage, sign up for our weekly newsletter: commercialobserver.com/subscribe