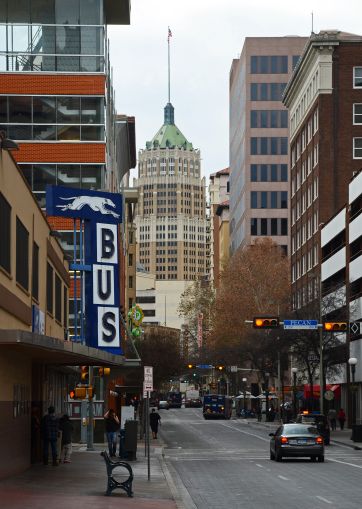 A pair of transitional loans from Minneapolis private debt fund Värde Partners totaling $133.7 million will headline a commercial real estate collateralized loan obligation (CLO), wrapping $462 million in debt overall—the latest sign that the asset type, which finances non-stabilized properties, is on its way to closing out a breakout year on strong footing.

The two biggest loans, lent against transitional suburban office properties for inclusion in the forthcoming VMC Finance 2018-FL2 deal, exemplify the growing role that CLOs have played in securitizing debt on assets considered too precarious for commercial mortgage-backed securities (CMBS) investors. CLO mortgages pay significantly higher returns than those that wind up in CMBS trusts to compensate investors for the higher risk.

Commercial real estate CLOs have already approximately equaled last year’s tally of $8 billion, and some finance watchers think they could double that number by the end of 2018.

Extended to Alliance Partners, a Chevy Chase, Md.-based asset manager, the new trust’s largest loan is a $72.4 million mortgage on Triangle Plaza, a 635,000-square-foot complex near O’Hare International Airport on the outskirts of Chicago, according to Fitch Credit Ratings, which analyzed the transaction. Alliance bought the building this year for $112.8 million, contributing $43.4 million of its own equity alongside the Värde mortgage, a three-year loan that can be extended by two years and by $5.2 million. Värde will earn an interest rate of 3.5 percentage points above Libor on a mortgage that, if fully funded up to $77.7 million, would come at a loan-to-value ratio of 68.9 percent.

The development’s two buildings are about 90 percent leased, but a tenant which accounts for about about 11 percent of the buildings’ space, construction-equipment maker Komatsu America, won’t move in until next year, or start paying rent until January 2020. In the meantime, Alliance’s business plan also depends on hiking rents by as much as 18 percent at the building, from an average of $18.76 per square foot today to as high as $22 per square foot. Alliance is also spending $500,000 the upgrade the building as it seeks higher rent.

Underwriting for the loan assumes that net cash flow will rise to $7.1 million per year—up from just $5.3 million today. A full $21.3 million of Värde’s loan will be set aside as a reserve in case upgraded revenues don’t immediately materialize, as per Fitch.

Rodriguez, who currently reports an occupancy rate of 82 percent with space leased to tenants including Aetna and humanitarian non-profit BCSF, said in a current business plan that he plans to increase that rate to 90 percent in two years—while simultaneously raising rents, according to Fitch. The building’s net cash flow is on track to end 2018 at $4.4 million, 21 percent below the stabilized level Rodriguez has planned for by 2020.

Other properties in the VMC 2018-FL2 deal claim similarly ambitious goals. The developer behind a portfolio of Nashville multifamily assets which secured a $31.7 million loan in the deal, MACC Venture Partners, plans to raise rents by up to 35 percent while maintaining steady occupancy. Another borrower, RealSource Properties, took a $29 million loan against a Fairfield, Ohio apartment complex in order to finish renovations, but the loan won’t allow the developer to meet its per-room redesign budget without additional funding.

Representatives for Värde, Alliance and Rodriguez’s Brass did not immediately respond to inquiries.