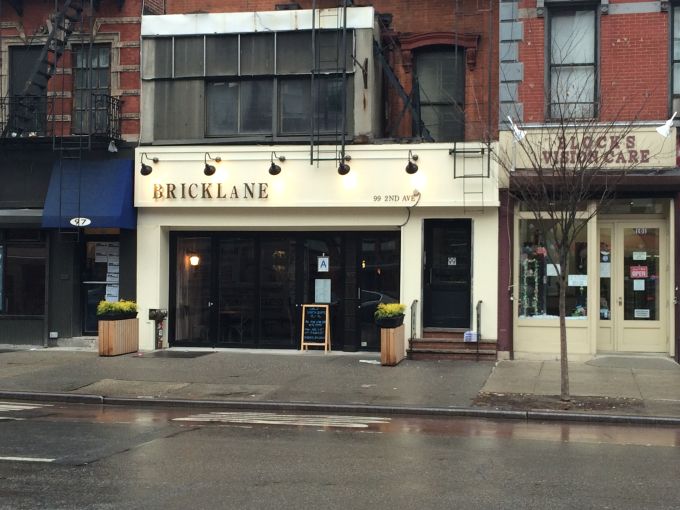 Three years after shuttering its Lower East Side outpost, New York-based Cal-Mex restaurant chain Calexico is planning a return to the neighborhood, Commercial Observer has learned.

The award-winning eatery has signed a 10-year lease at MGM Management’s 99 Second Avenue between East Fifth and East Sixth Streets and is slated to open in the first quarter of next year, according to information provided by Newmark Knight Frank.

The chain took 4,700 square feet—2,400 square feet of it at grade and 2,300 for storage in the basement—that has been occupied by Bricklane Curry House. The curry joint is downsizing and relocating within the neighborhood, per a NKF spokesman. The asking rent was $135 per square foot for the ground floor, or a total of $25,000 per month.

“Calexico is a true New York success story,” NKF’s Jared Lack, who represented MGM Management in the deal, said in a prepared statement, “and we realized that they would make a dynamic tenant in a neighborhood known for its exciting restaurant offerings. The 99 Second Avenue location is really a great, centrally located spot for Calexico to prosper.”

The eatery will be at the base of a seven-unit Class-C multifamily building built in 1930, per CoStar Group data. The building spans 11,000 square feet including the basement, according to the NKF spokesman. The 2,200-square-foot second-floor retail space is vacant, he said, and there are three floors of rental apartments above that.

Haz Aliessa of Tower Brokerage represented the tenant. He didn’t respond to requests for comment.

The Vendley brothers from Calexico, Calif., started Calexico as a street cart in Soho in 2006, winning a Vendy Award in 2008. Today they have restaurants in New York (plus a food cart in Soho and an outpost in Barclays Center), Detroit and Bahrain.