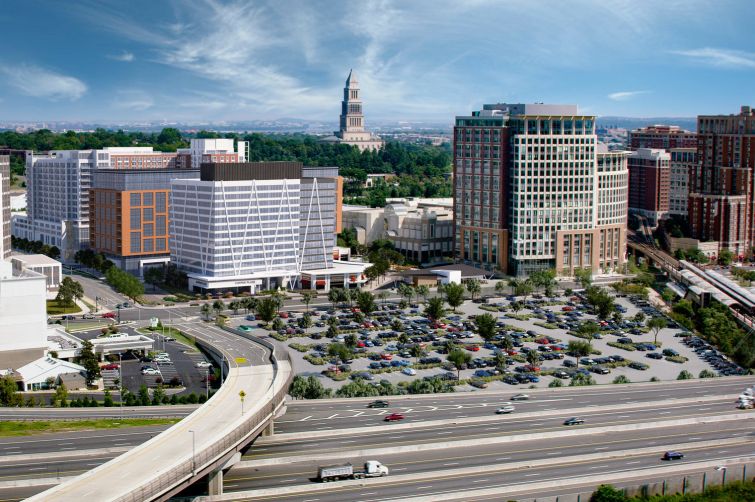 Industrious has more than 50 locations in 33 cities nationwide and caters to established companies such as Pinterest, Lyft, Hyatt and GM. The firm will act as Carlyle Tower’s operator and manage a variety of conferencing, programming and amenity experiences for tenants and guests, per the release.

“After an extensive vetting process, we chose to partner with Industrious based on their proven track record, the value they place on delivering superior-quality amenities and care to their customers, and the synergies that will be created with the environment Rubenstein is creating at Carlyle Tower,” Steve Evans, the regional director of the D.C. market for Rubenstein, said in a prepared statement.

Jamie Hodari of Industrious, said in the release: “We are excited to collaborate with Rubenstein Partners to bring the elegance and energy of Industrious workspaces to Rubenstein’s portfolio. This partnership is a prime example of the immense value of our management agreement model, and we look forward to working together to deliver the best possible workplace experience for our members and tenants.”

A Rubenstein spokesman said the agreement closed last week. He would not disclose the length of the partnership or other details. He noted that Industrious did not actually sign a lease for the coworking space.