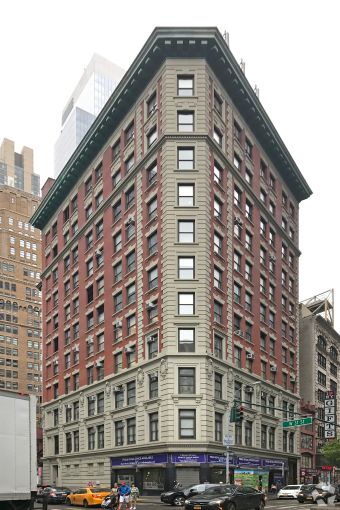 Dan Abrams’ Abrams Media—owner of websites like Mediaite and The Mary Sue—will up its Koreatown office space to house its two recently launched streaming services, Commercial Observer has learned.

The company inked a three-year deal to take 3,500 square feet on the sixth floor of Olmstead Properties’ 1261 Broadway between West 31st and West 32nd Streets, an Abrams executive said via a spokeswoman. It currently has a 700 square feet studio in the 11-story building, which it moved into last year, and its 2,635-square-foot headquarters.

Abrams signed a deal directly with the landlord and there were no brokers. A spokeswoman for Abrams declined to provide the asking rents, but CoStar Group lists average asking rents in the building as $41 to $50 per square foot. Steven Marvin, the executive managing director for Olmstead, did not immediately respond to a request for comment.

The media company plans to build two television studios with control centers in the new space for its expanding Law & Crime Network—which launched last year—and its recently announced streaming network Ambo TV. It plans to move into its new digs in November, the Abrams spokeswoman conveyed from the executive.

“Law & Crime has seen rapid growth over the last year, and we’re excited about the launch of Ambo TV,” Andrew Eisbrouch, the COO and general counsel of Abrams, said in a statement. “Our new state-of-the-art studios and control center will allow for the expansion of both networks as we continue adding more content and distribution.”

“Throughout American history, pastors have been the most important and mesmerizing speakers, captivating the attention and passions of audiences,” Abrams told Observer. “Ambo TV will now bring the top next generation of pastors to a wide audience looking for the most compelling live sermons.”