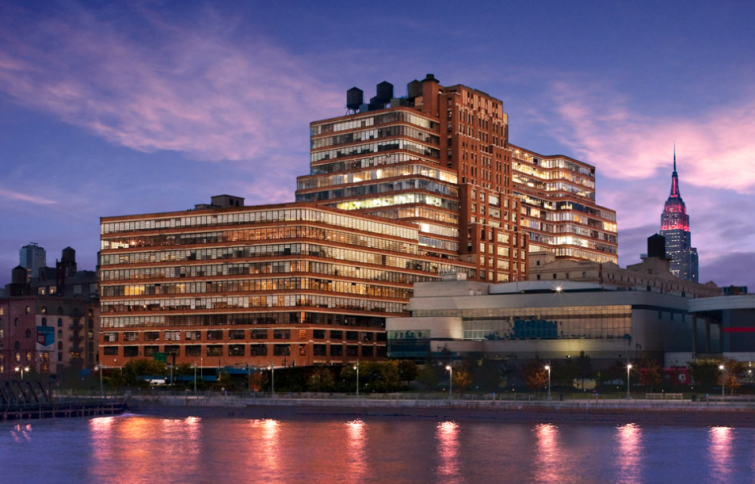 The five-year financing, which closed on Thursday, acts as a transitional loan, paying down $525 million in previous debt on the property—provided by the same lenders in 2013—and funding the property’s repositioning period.

RXR is in the process of redeveloping and leasing retail space on the behemoth building’s ground floor—scheduled for completion in mid-2019—and is also working through leases for two new unidentified tenants it’s adding to Starrett-Lehigh’s rent roll, sources said.

Of the $900 million loan, $150 million is structured as a facility earn out, triggered by one of those new tenants signing its lease.

RXR has approximately 250,000 square feet of new or expansion leases underway, which will increase Starrett-Lehigh’s occupancy from 76 percent to 90 percent. Additionally, the property has several undermarket leases that are scheduled to expire over the next two to three years.

The refinance is said provide significant flexibility for RXR to repay it without penalty, and so the landlord will likely seek to refinance the property’s debt again in another two to three years.

The striking 2.3-million-square-foot landmarked property, at 601 West 26th Street, features eight miles of ribbon windows (or 5,000 windows), and unobstructed views over Manhattan and the Hudson River.

Built in 1931 by a joint venture between Starrett Investment Corporation and Lehigh Valley Railroad, the 20-story building spans an entire block between 11th and 12th Avenues and has its roots steeped deep in industrial innovation. It was constructed as a hub for freight transportation and used to process and store goods in transit. Its 30-foot elevators—once used to lift trucks and freight cars brought in from the Lehigh Valley Railroad freight yard—are now repurposed to lift food trucks to each of the floor’s reception areas to serve current tenants.

Those tenants include Sequential Brands—which owns and licenses a portfolio of consumer brands including Jessica Simpson and Ellen Tracy and increased its footprint at the building to 75,000 square feet in February, Polo Ralph Lauren, the Government Services Administration, McGarry Bowen and Martha Stewart Living Omnimedia.

The property boasts flexible tenant layouts, loft-style open-floor spaces with floor-to-ceiling windows and 14-foot ceilings. Building amenities include a fitness center, roof deck (which hosts a variety of events throughout the year) as well as shuttle service to and from Grand Central Terminal, Pennsylvania Station and Port Authority of New York & New Jersey.

RXR purchased Starrett-Lehigh for $920 million in 2011 from Shorenstein Properties, embarking on a $50 million capital improvement program shortly thereafter to upgrade the lobby, the common areas and the building systems. In February 2015 RXR sold to Blackstone Group a 49 percent stake in an office portfolio that included Starrett-Lehigh.

The building achieved landmark status in 1986 and is part of the West Chelsea Historic District.  It’s one of the largest buildings in New York City, besting the 2.1-million square-foot Empire State Building, and has had its fair share of premium screen time. It was featured in the 1957 movie An Affair to Remember, with Cary Grant and Deborah Kerr, and Beyoncé shot her music video for “Love on Top” at Canoe Studios at Starrett-Lehigh.