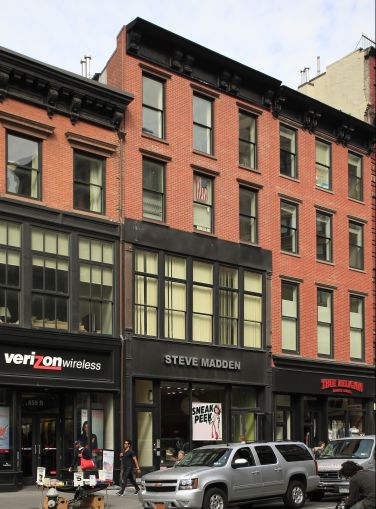 Italian chocolatier Venchi is opening its first standalone retail location in New York City after inking a lease for 3,000 square feet at 861 Broadway near Union Square.

Venchi signed a 10-year deal for its space at the base of the four-story mixed-use building between East 17th and East 18th Streets, according to a press release from Newmark Knight Frank, which represented the company in the transaction.

Asking rent in the deal was $360 per square foot, according to sources with knowledge of the deal. NKF’s Ross Kaplan and Derek Koelsch represented Venchi in negotiations, while landlord Transworld Equities had no outside broker representation.

While Venchi has stores in more than 70 countries across the world—including outposts at both of Eataly’s Manhattan food halls, in the Flatiron District and at the World Trade Center—the Union Square location will be its first standalone store in New York City.

“Union Square was a natural fit for Venchi,” NKF’s Kaplan said in a statement, describing the location as “surrounded by multiple subway lines, tons of foot traffic and a diverse mix of office, residential and dynamic retail.” NKF added that Venchi plans to continue to expand its retail footprint both in New York City and across the U.S.

The retail space at 861 Broadway was previously occupied by footwear retailer Steve Madden. The floors above the ground-floor commercial space hold several residential units, according to CoStar Group data.

Representatives for Transworld Equities could not immediately be reached for comment.