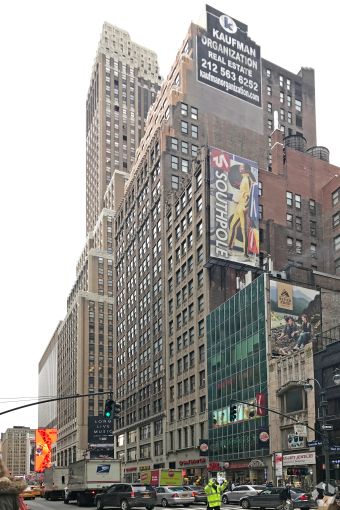 The San Francisco-based company signed a 10-year deal for 10,013 square feet in Kaufman Organization’s building between West 35th and West 36th Streets, a spokesman for the landlord said. FusionStorm will take over the entire 17th floor of the Garment District tower where asking rents were in the high-$50s per square foot.

“FusionStorm represents the rising wave of Garment District tenants—those focused in industries such as technology rather than fashion and textiles—that we continue to attract to Kaufman’s Midtown properties,” Sam Stein, a vice president of leasing for Kaufman who handled the deal, said in a statement. “462 Seventh Avenue provides FusionStorm with convenient access to clients in the key industries it serves as well as a top-of-the-line technology infrastructure to effectively facilitate its innovative IT solutions.”

Kirill Azovtsev and Seth Hecht of JLL represented FusionStorm in the deal.

“The combination of the newly upgraded pre-built standards and Kaufman’s hands-on approach made this building stand out from many others to our client,” Hecht said in a statement.

FusionStorm will relocate from its about 6,000-square-foot digs at 14 Penn Plaza between Seventh and Eighth Avenue to Seventh Avenue in the first quarter of 2019. The firm was founded in 1995 and works with companies like VMware, Dell and Cisco.