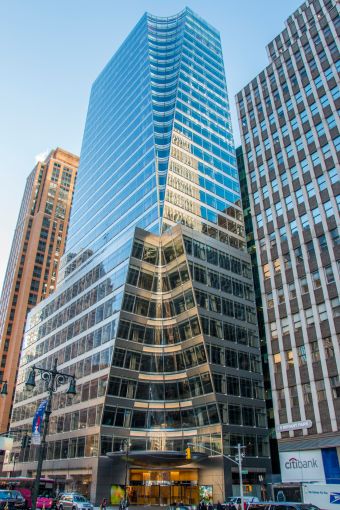 Orion Resource Partners leased 14,143 square feet of space for the entire 14th floor at the tower between West 39th and West 40th Streets while the Whittle School & Studios nabbed 13,891 square feet for the whole 27th floor, according to CBRE, which brokered the deals.

A spokeswoman for CBRE would not reveal the asking rent for the spaces, but a source with knowledge of the deals said they were about $120 per square foot.

Orion—a mining-focused investment management firm—signed a 10-year deal to relocate its offices from 1211 Avenue of the Americas to the 28-story 7 Bryant Park. The firm was represented by Jason Pollen, Silvio Petriello and Ben Friedland of CBRE.

“Orion Resource Partners needed larger space to meet its growing operations and wanted to be located in a building with expansive park views that was close to its current location in Midtown,” Pollen said in a statement. “7 Bryant Park offered the opportunity to be located at a world-class address, in a building that is equipped with advanced technology and tenant infrastructure to help create a modern and forward-thinking workplace.”

“7 Bryant Park is the best boutique building in the burgeoning neighborhood,” Fiddle said in a statement. “The building has spectacular views of Bryant Park from every floor and has a trophy-like design esthetic when viewed from the street.”

Along with Orion, the Whittle School & Studios—which aims to be the world’s first “global” school—signed a 10-year deal to open its first New York City offices.

“For its first New York City office, Whittle School & Studio desired a globally recognized property that would reflect the school’s high level of prestige,” Fastenberg said in a statement. “7 Bryant Park was able to deliver on those terms and additionally provided modern amenities and convenient access to several mass transit options, including a popular subway station directly below the building.”