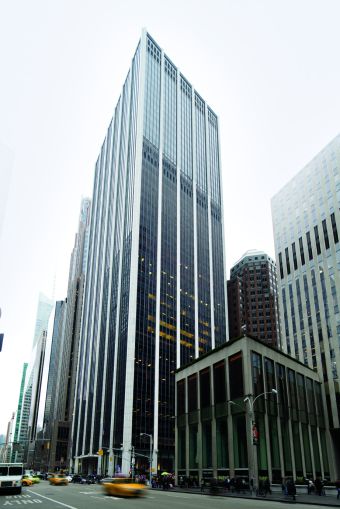 The largest bank in China, the Industrial and Commercial Bank of China, has signed a lease for nearly 100,000 square feet near Rockefeller Center, The Real Deal reported.

ICBC, which has its U.S. headquarters nearby at Trump Tower, recently inked a deal at SL Green Realty Corp.’s 1185 Avenue of the Americas between West 46th and West 47th Streets, according to TRD.

A spokesman for SL Green declined to comment and a spokesman for ICBC did not respond to a request for comment. The length of the lease, the brokers on the deal and the asking rent for the space was not immediately available, but average rents, as per CoStar Group, are between $72 to $88 per square foot.

It’s also unclear if ICBC, which is one of Trump Tower’s biggest tenants with a little more than 20,000 square feet, intends to relocate its U.S. headquarters to the Avenue of the Americas building or its new purchase is meant to be an additional office.

ICBC first signed on for space at Trump Tower in 2008 and has paid an estimated $2 million a year in rent for the office, according to a Forbes analysis. Its lease expires in August 2019 and could be a potential conflict of interest for the Trump family. The Chinese government is a majority owner of ICBC and if a new lease is more favorable to Trump it could constitute a gift from a foreign government, according to ThinkProgress.