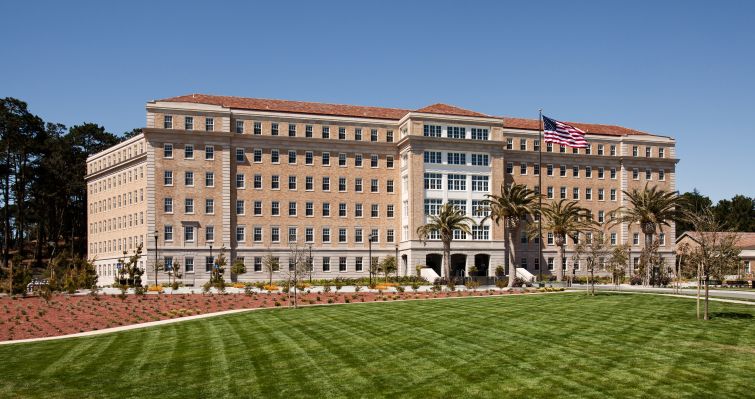 MetLife has provided Forest City Realty Trust with a $61 million loan to refinance The Presidio Landmark, a luxury apartment building located in San Francisco’s Presidio National Park, according to information from the life insurer.

The financing comes roughly eight years after the conversion of the property from it’s former identity as the landmarked Merchant Marine Hospital in San Francisco’s Presidio National Park into a 154-unit luxury rental building. Also included in the development is Belles Townhomes—seven, three-bedroom town homes located adjacent to The Presidio Landmark—bringing the the total number of units to 161.

The property was completed and opened in 2010, with a total project cost of $103.7 million, according to Forest City. As per the firm’s 2017 annual 10-K filing, the property was listed on its books at a cost of just over $100 million, while a debt balance of just under $42 million remained at year-end 2017. It’s unclear who provided that mortgage.

Located at 1801 Wedemeyer Street on the southern edge of the park, the six-story, 220,000-square-foot property was developed under a public-private partnership between Forest City and The Presidio Trust.

The Merchant Marine Hospital was opened in 1932 and closed in 1981, according to an ABC News report from July 2010. It remained vacant for two decades before conversion plans were established in 2008, according to The Presidio Trust.

“We’re excited that transformation of this very special neighborhood is underway,” Craig Middleton, executive director of The Presidio Trust, said at the groundbreaking in December 2008. “We expect this area to become a gateway to the larger Presidio, a place where the community can experience the history, beauty, and recreational opportunities the park has to offer.”

Monthly rents for one-bedroom units at The Presidio Landmark range from roughly $3,000 to north of $7,400, while two-bedroom apartments range from around $5,600 to $12,900 or more, according to the property’s online leasing service. Current rents for the three-bedroom town homes is unclear.

Property amenities include a fitness center, a yoga studio, an entertainment dining room with a chef’s kitchen, a climate-controlled wine cellar, a private massage room, an outdoor hot tub, a bike workshop with storage and bike and hiking trails included as an extension of the park space.

Spokesmen for MetLife and Forest City declined to comment further on the transaction.