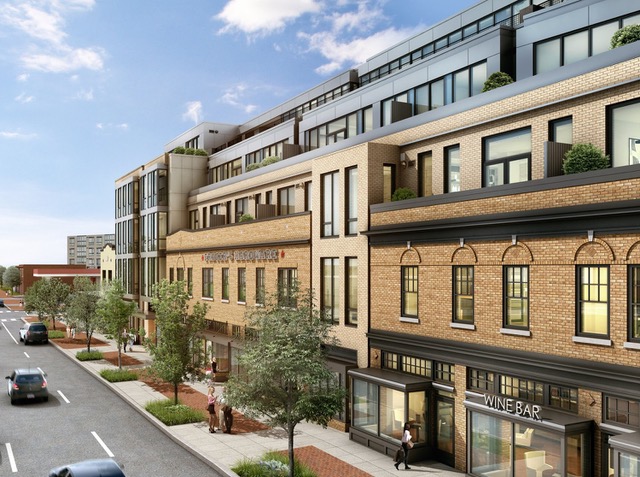 Chef Kevin Tien has signed a lease at the Penn Eleven development under construction in Washington D.C.’s Capitol Hill neighborhood, according to a press release from JLL, which represented the landlord and restaurateur in the transaction.

Tien’s 3,313-square-foot restaurant will be located at 1101 Pennsylvania Avenue SE, at the former site of Frager’s Hardware—a neighborhood staple that burned down in 2013. It’s being redeveloped by New York-based Westbrook Partners and D.C.-based firms Perseus Realty and Javelin 19 Investments to include a new Frager’s store and 34 luxury condominium units.

“The addition of Kevin’s restaurant to Penn Eleven speaks to the impact of the surrounding community,” said Robert Cohen, Perseus’ President and CEO. “It is no secret that the growth of D.C.’s food scene has exploded in recent years. We are delighted to welcome such a talent to our space and know that his food will inspire the hearts and souls of not only our residents, but also the community for years to come.”

Tien opened his first restaurant, Himitsu, at 828 Upshur St NW in D.C.’s Petworth neighborhood, two years ago and the eatery has been recognized by Food & Wine Magazine, the James Beard Foundation and Bon Appetit.

“Taking my passion for Japanese cuisine, but pushing the envelope and getting our guests out of their comfort zones was exciting,” Tien said in the release. “I’m looking forward to writing the next chapter at Penn Eleven.”

The new restaurant, Emilie’s, will offer large plates and a small a la carte menu featuring seasonal and local ingredients, according to Washington Business Journal. It will have approximately 70 dining and 30 bar seats, per the release.

JLL’s Andy Corno and Thomas Jackman negotiated the lease on behalf of the owners, and Arris Noble represented Tien. They did not respond to Commercial Observer’s request for comment on the lease terms and asking rent.

Emilie’s is slated to open next spring, WBJ reported.