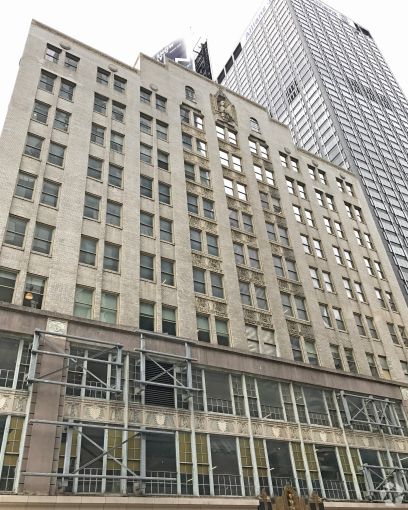 WeWork has nailed down a big lease at the Brill Building in Midtown.

The coworking giant signed a 75,000-square-foot, 15-year lease in the landmarked building at 1619 Broadway at the corner of West 49th Street, according to The Real Deal. WeWork will occupy floors five, six, seven, 10 and 11 in the 11-story property once famous for its music industry offices and recording studios.

Brookfield Property Partners owns the building, which was constructed in 1931 and designed by Victor Bark.

It wasn’t clear who was involved in the transaction, but CBRE’s Sarah Pontius and Alex D’Amario are listed as leasing contacts for the building, according to information from CoStar Group. Asking rents for the deal weren’t available. Spokespeople for WeWork and Brookfield didn’t immediately respond to requests for comment, and a spokeswoman for CBRE declined to comment on the transaction.