Under Construction: Industrial and Office Space at 25 Kent Avenue in Williamsburg 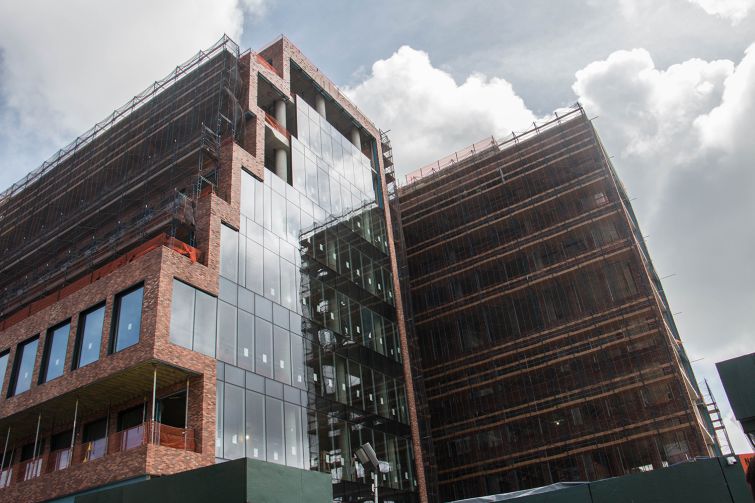 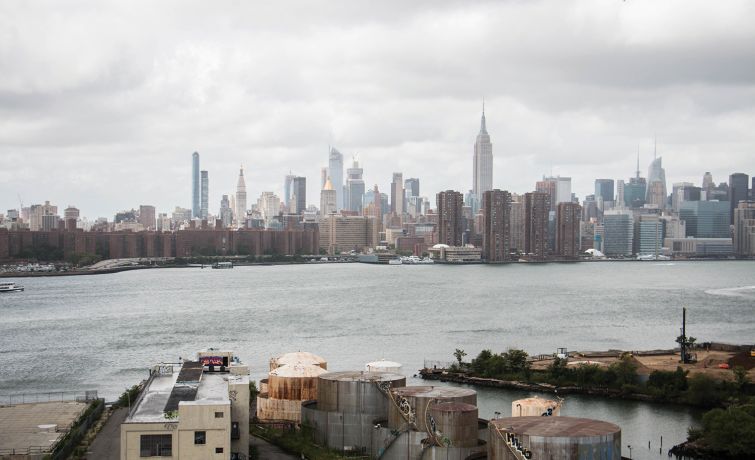 The view of the East River from the roof deck of 25 Kent. Photo: Julia Cherrault/For Commercial Observer 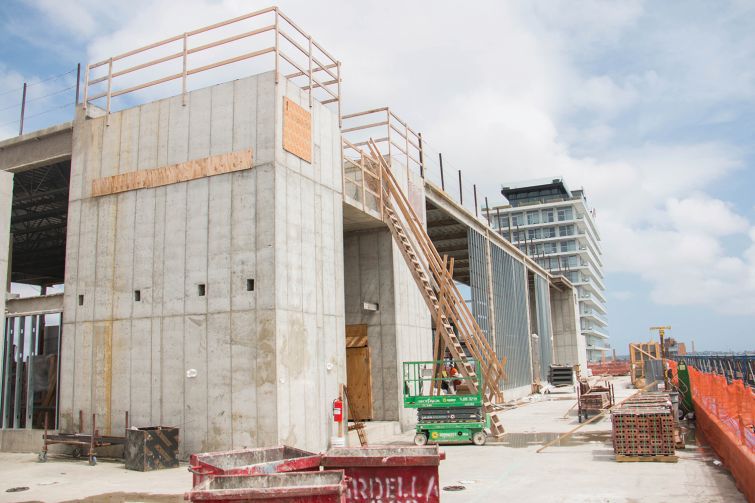 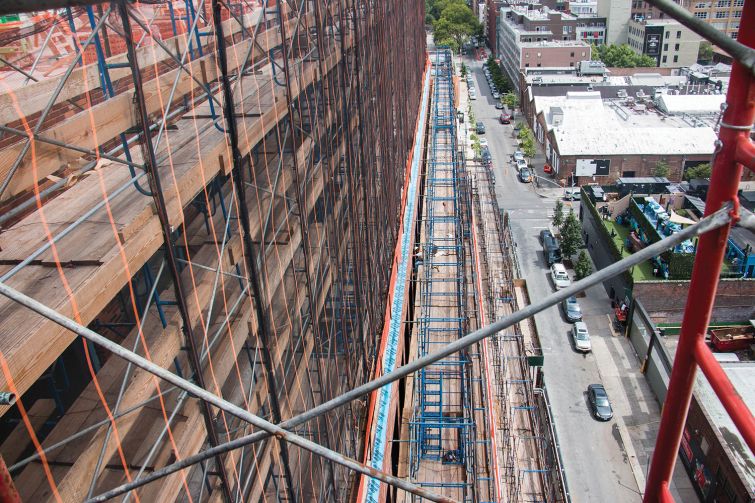 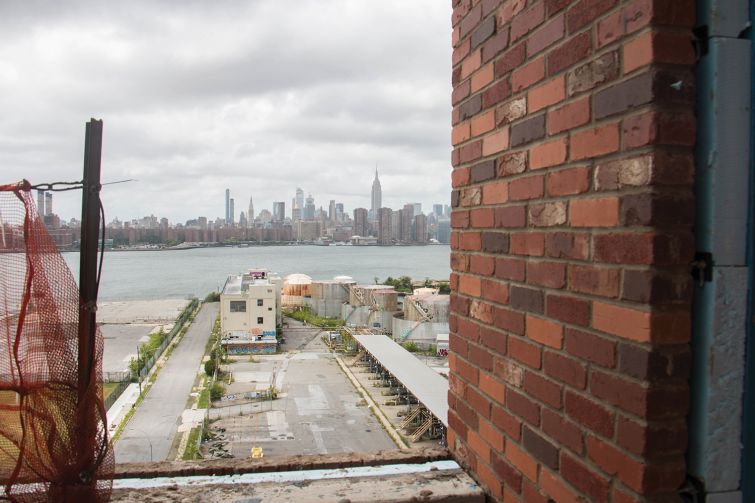 A view of the industrial site that will become the last section of Bushwick Inlet Park, from 25 Kent. Photo: Julia Cherrault/For Commercial Observer 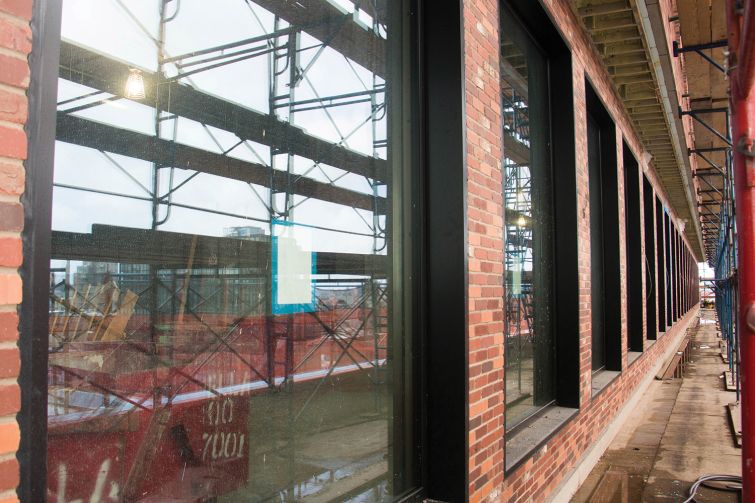 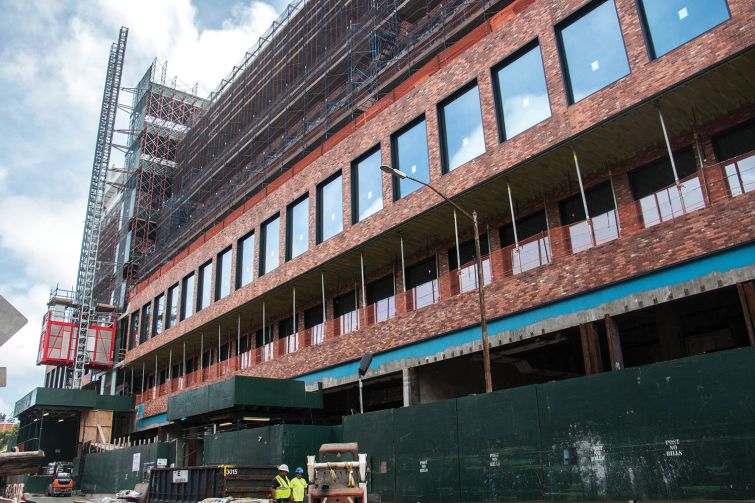 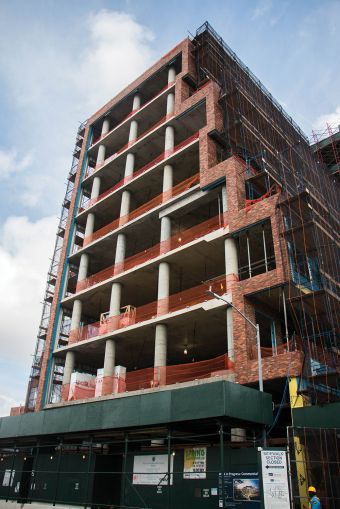 The eastern side still waits for its glass. Photo: Julia Cherrault/For Commercial Observer 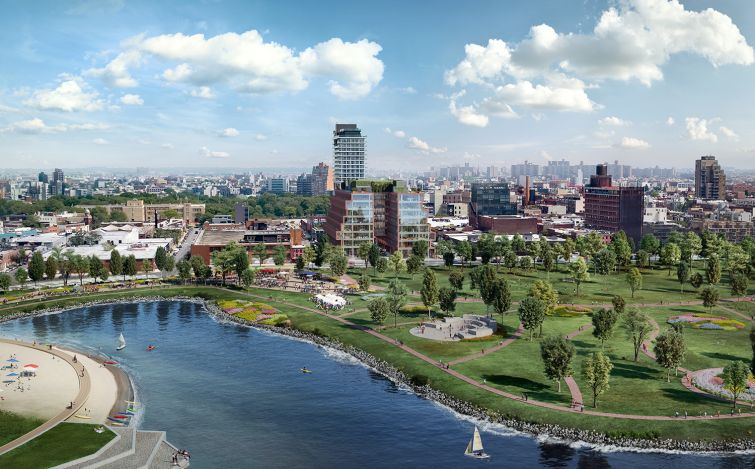 A view of 25 Kent and Bushwick Inlet Park. Rendering: 25 Kent 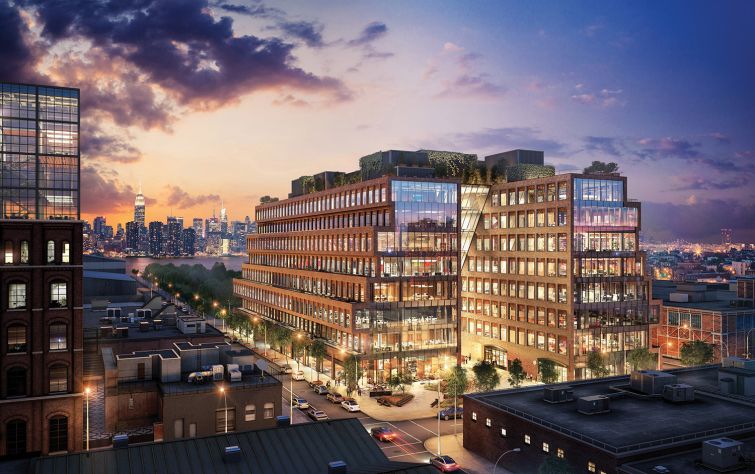 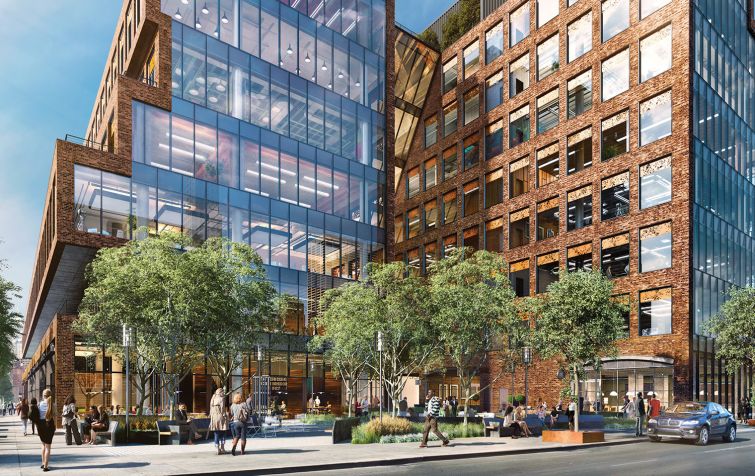 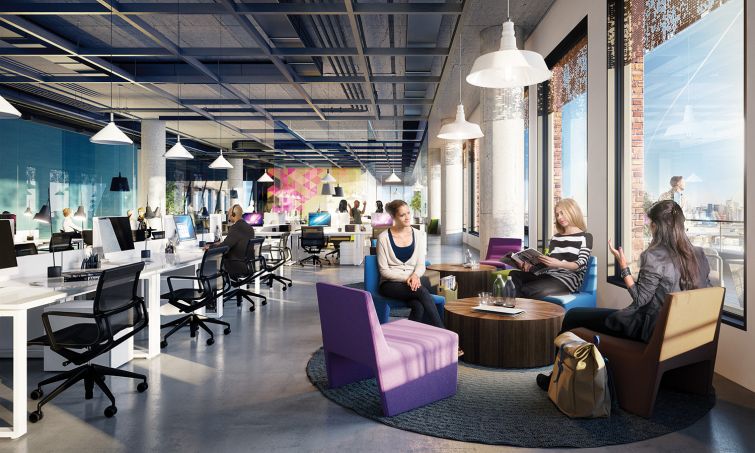 Twenty-five Kent, the half-million-square-foot office-manufacturing-and-retail project under construction on the Williamsburg waterfront in Brooklyn, has always been an ambitious proposal. First, the developers, Rubenstein Partners and Heritage Equities, had to convince banks to lend them construction financing for the first major new construction office building in Williamsburg in roughly 50 years. Then they had to persuade the Department of City Planning to create a special land use framework to allow them to build eight stories of commercial space where the zoning would only allow them to build one or two stories.

Now the project is finally under construction and nearing the finish line between North 12th and North 13th Streets. Workers have already laid many of the bricks on the facade, and glass paneling has been installed on the western side of the building so that office workers can look out at the waterfront. The eastern end of the building is still waiting for its glass. HWKN and Gensler designed the development, which is meant to marry the style of turn-of-the-century brick factories with modern glass and new building infrastructure.

Toby Moskovits of Heritage Equities said the design “melded the warmth and depth of a traditional warehouse building with a modern forward-thinking view on what a contemporary warehouse building looked like. The resulting ziggurat-shaped deconstructed warehouse is now an iconic part of the Brooklyn skyline visible as you drive on the FDR drive and is a building we are all proud of. It marks not only a formative moment for commercial design in New York City, but as well represents a critical moment in the transformation of the borough into a true commercial center.”

When it’s complete, 25 Kent will hold 350,000 square feet of office space, 70,000 square feet of retail and 80,000 square feet of light manufacturing. Each upper floor except the third has terraces for tenants that extend across the length of the building, and the top floor will have a roof deck that will be split between a private outdoor space for a top-floor tenant and a shared one for the entire building. The developers felt that they didn’t need to put in a ton of amenities because of the property’s location in the heart of Williamsburg, said Jeremiah Kane of Rubenstein Partners. But they did add a bike room with a locker room and showers in the basement, to cater to Brooklynites who ride to work.

No leases have been signed yet, and Kane said that asking rents were similar to what companies would pay at Empire Stores, where office asking rents are around $70 per square foot. The developers are aiming for energy-efficient LEED Gold certification for the building, which is supposed to be complete by the end of 2018.

The stepped building is constructed around an interior pedestrian street that cleaves the structure in half. An angled, glass-clad walkway connects the two halves of the upper floors and acts as shared space for tenants.

25 Kent has two lobbies, one of which could become a private entrance for a major office tenant, according to Kane. The lobbies are linked by the interior pedestrian street and bookended by a pair of landscaped public plazas, which the city required in order to grant a rezoning for the project.

The pedestrian street “connects the lobby into the street,” said Kane. “The overall goal of the building is not to have a lobby separated from the rest of the neighborhood. It was to have everything flow through the building so it’s connected.”