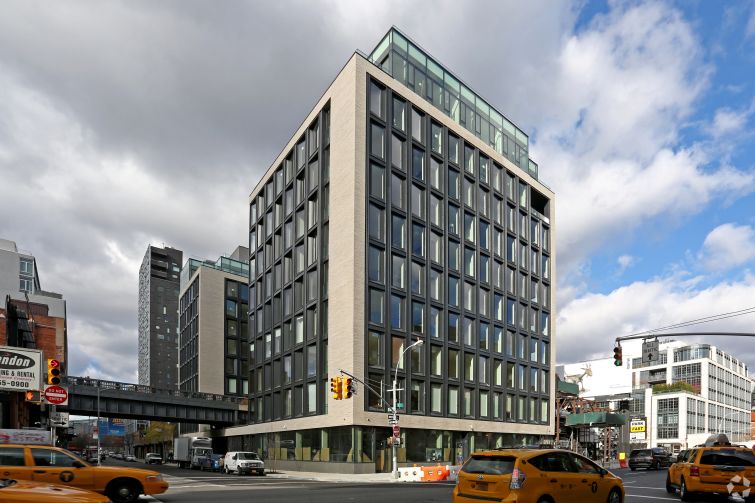 Related Companies has leased two retail spaces by the High Line in West Chelsea to serve as a showroom for its residential condominium project across the street.

The developer inked a lease for two retail condos spanning 10,600 square feet at the base of HFZ Capital and Carlyle Group’s 505 West 19th Street, according to public mortgage records first spotted by The Real Deal. The length of the deal and the asking rent weren’t disclosed.

The lease was used to secure a $16.7 million mortgage from Pennsylvania-based Malvern Bank, city records show.

A source familiar with the transaction confirmed that the space will be a sales gallery for Related’s two planned residential condo buildings next door on West 18th Street and a third located a few blocks north. Starchitect Thomas Heatherwick is designing the two High Line-straddling buildings at 501 and 505 West 18th Street, which will hold 63 and 180 condo units respectively. The High Line-adjacent pair and a 22-story, 141-unit tower designed by Robert A.M. Stern at 555 West 22nd Street will be known together as Hudson Residences.

Related’s sales gallery is at the bottom of a 10-story, 35-unit condo designed by Thomas Juul-Hansen and Hill West Architects. Carlyle purchased the four remaining unsold apartments in the building for $44 million early last year after HFZ Capital decided to pull out of the project, TRD reported at the time. All four of those units have since sold for less than their original asking prices, according to StreetEasy.