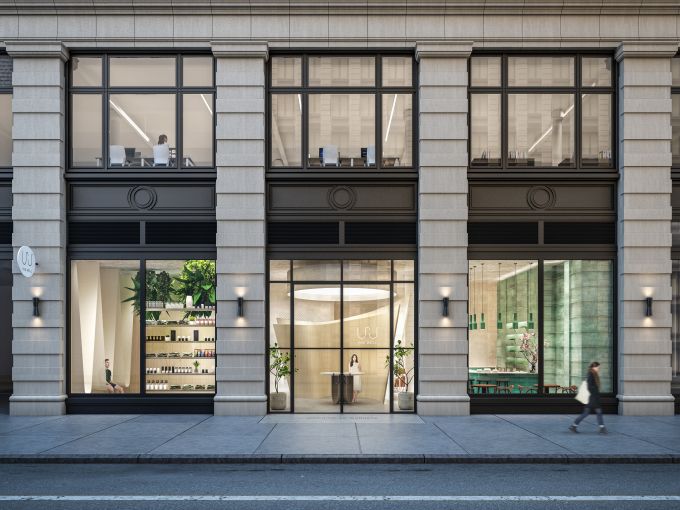 The Well at 2 East 15th Street. Rendering Courtesy of The Well

A private wellness club that plans to charge $375 a month for membership, The Well, inked a deal for 13,000 square feet in Union Square, according to brokers on the deal.

The Well signed a 15-year lease last month for two floors at Madison Capital’s 2 East 15th Street between Fifth Avenue and Union Square West. The club—which will have yoga studios, acupuncturists and a juice bar—aims to open in early 2019, Bloomberg reported.

Asking rents for the space—formerly occupied by Pier 1—was $425 a square foot.

“We really were impressed by the founders,” Jill Grabel Kirby of Madison Capital told Commercial Observer. “We think that this corridor is a mecca of fitness and fitness-related health and wellness concepts.”

Aside from The Well, Equinox Fitness, SoulCycle and juice bar Liquiteria have locations nearby.

Steven Baker, Daniyel Cohen and Matthew Schuss of Winick Realty Group represented Madison in the deal while Noel Flagg and Marc Leber of Newmark Knight Frank brokered it for The Well. The brokers for NKF declined to comment through a spokeswoman.

“It was a very impressive group of people backing this tenant,” Baker said. “We think the category is expanding rapidly and we think these guys are going to be best in class.”

The Well was founded by Kane Sarhan, Rebecca Parekh and Sarrah Hallock and aims to offer overworked people a chance to use different wellness services under one roof. Its backed by big names including wellness guru Deepak Chopra, Starwood Capital Group CEO Barry Sternlicht and celebrity sports medicine doctor Keith Pyne, according to Bloomberg.

Memberships are currently open for the first 200 slots in The Well, but it will have room for 2,000 members when it opens next year, Bloomberg reported.