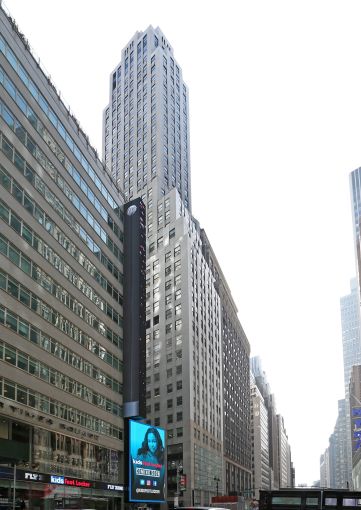 Oxido, a Mexican fast-food eatery similar to Chipotle, has signed a 12-year lease in Times Square for its second-ever location, Commercial Observer has learned.

Oxido inked a deal last week for 1,300 square feet on the ground floor at Zar Group’s 1450 Broadway between West 40th and West 41st Streets, according to Dan Myers, a managing director at Kassin Sabbagh Realty, who represented Oxido in the deal. Asking rent for the space was $350 per square foot.

“Oxido has been looking in Midtown and Midtown East for some time and when we came across this location, with the foot traffic at Broadway and 41st Street, we jumped at the opportunity,” Myers said in a statement.

Jason Berkley of Winick Realty Group represented the landlord in the deal. Berkley and a spokeswoman for Winick did not immediately respond to a request for comment.

San Antonio chef Jesse Perez—who was nominated for the prestigious James Beard award—founded Oxido in 2015 with the opening of its first location at 18 West 23rd Street, Eater New York reported.

Oxido plans to open at 1450 Broadway in the early fall and will take over space previously occupied by Sushiritto, according to Myers. It will join information technology provider Insight Enterprises, workplace furniture and design firm FCI Furniture Consultants and fabric importer and exporter Yagi Tsusho America, which leased space at 1450 Broadway in April, as CO previously reported.