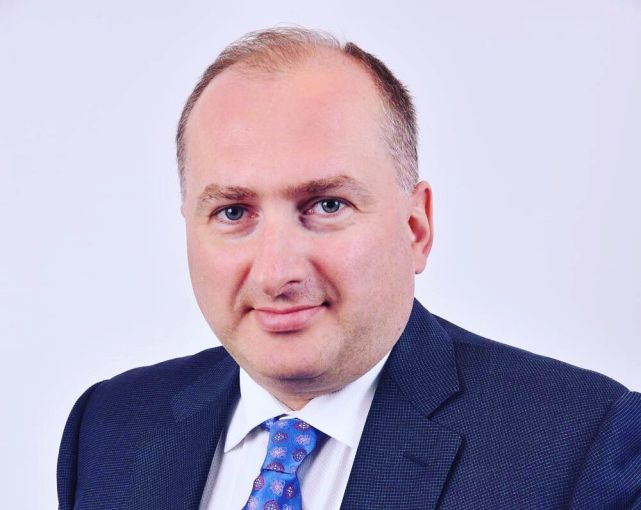 Paul Massey is continuing to build his team at his newly formed brokerage, B6 Real Estate Advisors, after luring former Massey Knakal Realty Services and Cushman & Wakefield colleague David Chase to join the firm as a partner and executive managing director of investment sales, Commercial Observer has learned.

Chase is leaving his role as president and CEO of One Commercial Realty Services, the brokerage he founded after departing C&W in November 2016, to join Massey’s team at B6. He arrived at C&W as part of the firm’s $100 million acquisition of Massey Knakal, the investment sales brokerage founded by Massey and former partner Robert Knakal in 1988.

In his new role at B6, Chase will work alongside Massey, the firm’s CEO, and a crop of former Massey Knakal and C&W colleagues including Neil Heilberg, Michael Wlody and DJ Johnston in overseeing a investment sales brokerage based on the “territory” model pioneered by Massey Knakal.

Chase specifically will oversee an Uptown Manhattan territory that includes the neighborhoods of West and East Harlem, Manhattanville, Hamilton Heights and Sugar Hill—or as he told CO, “everything north of 96th Street on the East Side and north of 125th Street on the West Side,” with the exception of Inwood and Washington Heights. He will officially start at B6, which launched in July, after Labor Day.

Chase said that he is currently in the process of selling his stake in One Commercial Realty Services to his co-partners at the firm he founded less than two years ago. While One Commercial has to date closed more than a dozen New York City investment sales transactions valued at roughly $90 million in total—with another dozen transactions currently in contract—he noted that the chance to work again with Massey proved too attractive of an opportunity to pass up.

“When Paul called me and we got together, there was not much convincing for me,” Chase said. “He’s my mentor and my friend, and I feel like we can do bigger and better things [together]. What it would have taken me 10 years to achieve [at One Commercial], he’s already done in the first few months [at B6]. Our goal is to become number one [in the New York investment sales market] in less than two years.”

He added that he would not have entertained leaving his own brokerage for “anybody other than Paul,” and was particularly drawn by Massey’s long-term vision for B6 as a firm that can eventually branch out beyond the New York metropolitan region and into other U.S. markets.

“That’s my dream, to go out of state and become a national platform, and [Massey] wants to do that,” Chase said. “When we feel that we have stabilized in New York and New Jersey, we’re going to go out to different markets and gateway regions.” He cited the likes of Miami and Chicago as markets that the firm could consider entering in the future.

Massey described Chase as an “entrepreneur” who is a natural fit for B6 and what the brokerage hopes to achieve. “He loves the idea of being in a startup, and he feels like we feel, which is that we’re going to change the world,” Massey told CO. “He’s going to be one of our top producers, and he’ll be pitching in on the management side in terms of recruiting and growing [the brokerage]. He’s got a real passion for this business.”

Chase will also be joined at B6 by a trio of investment sales brokers who worked for him at One Commercial: Louis Cotrone, Connor Winn and Adam Yakubov.

Massey said that B6 will continue to focus on growing its ranks over the coming months. The 50-strong firm is currently “onboarding 13 different teams of varying sizes” across its two main business segments, investment sales and debt financing, with plans to have 20 separate teams of brokers operating across the business by the end of the year and an additional 30 teams by the end of 2019, according to Massey.

B6 recently moved into its new 12,000-square-foot headquarters at 1040 Avenue of the Americas in Midtown and has plans to open satellite offices in Brooklyn and Queens “as soon as we can,” Massey added.