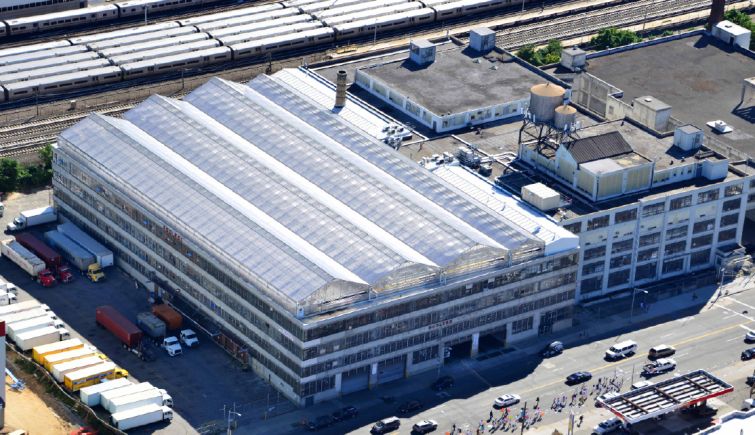 Wit Zenith signed a three-year lease for its space at the 615,000-square-foot property near the intersection of Jamaica and Hollis Avenues, which consists of two interconnected warehouse buildings, representatives for Madison told Commercial Observer.

Additionally, Madison secured a current tenant at the complex, e-commerce solutions and express delivery provider 4PX Express USA, to a short-term expansion for nearly 15,800 square feet of additional space. 4PX inked a six-month term for the extra storage space located next to its existing 54,000-square-foot footprint at the property, taking its total space there to roughly 70,000 square feet through fall of this year.

Lastly, packaging services provider Moga Packaging agreed to take around 5,300 square feet via a five-year lease at the Jamaica complex.

Representatives for Madison declined to provide asking rents in the deals, though apparel retailer French Connection secured an 88,000-square-foot renewal at the property earlier this year at asking rents of $17 to $22 per square foot, as CO reported at the time.

Madison teamed with Artemis Real Estate Partners to acquire the complex for $78 million last year, with the investment targeting the increasingly supply-constrained market for industrial and warehouse space in the five boroughs. Madison has cited more than 10 million square feet of industrial space in New York that has been taken offline over the past decade through demolition, repurposing and redevelopment.

“The need for blocks of industrial space in this region is high, but availability still remains tight,” Madison co-Founder and Managing Principal Josh Zegen said in a statement. Zegen added that the Jamaica Avenue facility “is one of the only assets on the market to address this demand, and the solid leasing activity at the property verifies its unique value proposition.”

The landlords plan to invest in improving the Jamaica buildings via upgrades to their envelope, mechanical infrastructure and elevators, Madison said. In additional to five freight elevators, two passenger elevators and 12 loading docks, the property features an on-site parking lot that can hold more than 100 vehicles.

Paul Bralower and Decio Baio of Pinnacle Realty represented the landlord in the transactions, while the tenants had no outside brokers on the deal.

Bralower confirmed the deals, citing “a lot of [tenant] interest in the buildings” due to their proximity to John F. Kennedy International Airport and the property’s ample loading and parking space.