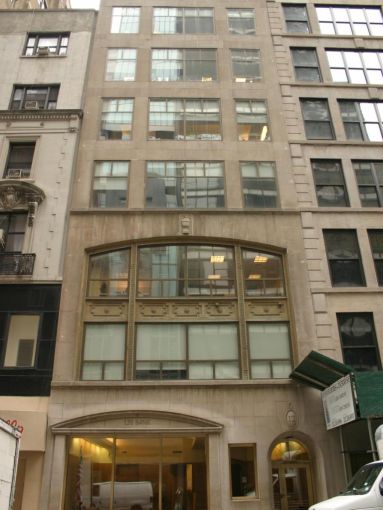 Fortress Investment Group is lending $46 million against a Midtown East site that reports have connected to a Harry Macklowe office skyscraper that’s currently in the works.

The debt, secured by a building at 12 East 52nd Street, refinances $18 million in previous mortgages on the site from Mexico’s Banco Inbursa that date from 2016, according to records filed with the Department of Finance today. That year, Heritage Realty Services sold the building to a corporate entity whose ownership was hidden behind the name of a law firm, Levy Holm Pellegrino & Drath.

Previous reports in The Real Deal have connected that law firm to the early stages of Macklowe’s efforts to build a supertall skyscraper on the Midtown block, bounded by Madison and Fifth Avenues. The magazine says it has viewed plans for the site that call for a 1-million-square-foot office tower designed by a “world-renowned” architect who was not named.

Today, 12 East 52nd Street is home to a Bridgehampton National Bank branch, an integrative medical practice and a salon, according to CoStar Group data. The seven-story building totals 25,300 square feet.

Macklowe’s plan would raze the current structure and combine it with neighboring parcels, including 14 East 52nd Street, a building Macklowe purchased in May. But his plans would require him to acquire other neighboring properties too—some of whose owners are reluctant to sell, The Real Deal reported.

Representatives for Fortress and Macklowe did not immediately respond to inquiries.