MacFarlane and Dutch Investor Form JV to Own, Operate Buildings. First Up, NY and LA. 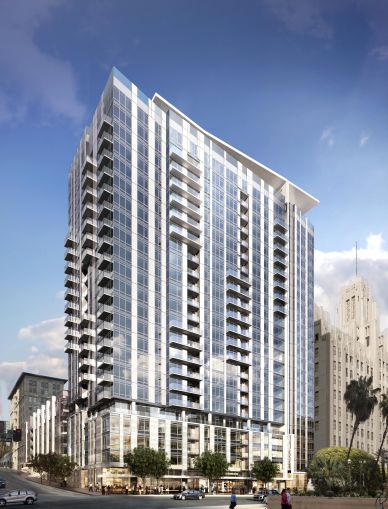 Dutch institutional investor Bouwinvest Real Estate Investors and San Francisco-based MacFarlane Partners have formed a joint venture to own and operate newly built residential high-rises, starting with one each in Brooklyn, New York and Los Angeles, for a combined value of $750 million, according to a joint announcement.

The joint venture’s two current investments are a partial equity interest in Level BK, a 40-story rental apartment tower at 2 North 6th Street along Brooklyn’s Williamsburg waterfront in New York that was completed earlier this year, and full ownership of the 24-story Park Fifth, a high-rise rental apartment project that is currently under construction in across from Pershing Square in Downtown Los Angeles. (Natixis provided Douglaston Development—which helped develop Level BK—with a $380 million package to refinance Level BK, as CO reported on Tuesday.)

Victor MacFarlane, the chairman and CEO of MacFarlane Partners, told Commercial Observer that they chose to start with New York and Los Angeles because they are “two cities that have been core markets on which our company has focused for decades and each of these are Class A assets with excellent submarkets and locations.”

The new venture with Bouwinvest is part of MacFarlane’s strategy to keep what it deems irreplaceable assets, allowing the firm and its capital partners to retain and increase equity ownership interests.

Both Bouwinvest and MacFarlane significantly increased their equity investments in Level BK and Park Fifth. (Bouwinvest is the majority partner in both properties, with MacFarlane a substantial minority partner as well as a day-to-day manager of the joint venture.)

“The new joint venture with MacFarlane Partners is the spearhead for Bouwinvest’s strategy of expanding its investments in North America through co-investments and joint ventures as we target lifting our assets under management in these markets to €1.5 billion ($1.7 billion U.S.) by 2020. The residential sector with its positive market fundamentals sits at the center of this core investment strategy,” Gijs Plantinga, Bouwinvest’s director of Northern America investments, said in the release.

Level BK is comprised of 554 apartment units, adjacent to an East River Ferry terminal and East River State Park. It was developed by New York-based Douglaston Development, in partnership with MacFarlane and AIG Global Real Estate. Both Douglaston and AIG Global Real Estate will continue to be equity partners in the property alongside the new Bouwinvest-MacFarlane joint venture.

The Park Fifth high-rise will consist of 347 apartment units and 5,300 square feet of retail space. It is located across from Pershing Square, one of the largest public spaces in Downtown L.A.; the historic Millennium Biltmore Hotel; and a subway portal to the Pershing Square Metro Station. It is being developed by MacFarlane directly adjacent to a seven-story mid-rise rental apartment that the firm is also building. Both properties are expected to be completed during the first half of 2019.

The two properties have been developed as assets of MacFarlane’s Urban Real Estate Fund III, a privately offered co-mingled fund that has invested in real estate development projects nationwide and in which Bouwinvest is a partner.