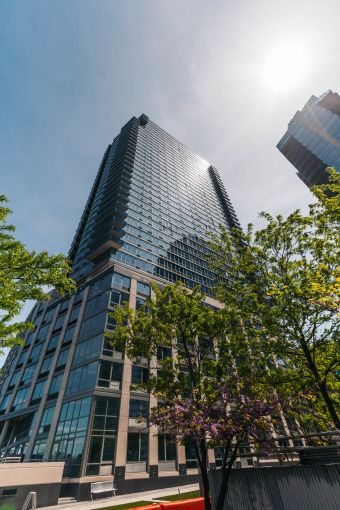 The transaction replaces approximately $277 million in previous construction debt for the development—provided by Capital One in 2014 and 2016—and includes a roughly $103 million new gap mortgage, which closed on July 24. The $380 million agreement for the refinance was dated July 27.

“We presented an opportunity to finance a trophy asset on the Williamsburg waterfront with excellent sponsorship and a lease-up program proceeding on time and on budget,” Douglaston Founder and Chairman Jeffrey Levine told Commercial Observer in a statement. “We worked hand in hand with the lender to execute the transaction smoothly and to everyone’s satisfaction.”

The 40-story tower Level BK is the final phase of Douglaston’s six-building project in North Williamsburg, The Edge. The tower at 2 North 6th Street, originally donned the name Edge III, but was renamed Level. Level has benefitted from a 421(a) tax abatement gained from the construction of 347 affordable units within the 390,000-square-foot Edge Community Apartments—part of the overall Edge development—completed in 2010, according to Douglaston’s website.

Level is a 631,600-square-foot apartment building with 554 units. It’s straddled by and overlooks Bushwick Inlet Park and East River State Park as well as North 5th Street Pier and Park. It is the final as-of-right high-rise at the North Williamsburg waterfront, after the area was rezoned in 2006.

Level includes an indoor and outdoor pool with a skylight, a whirlpool, a steam room, a fitness center, a yoga room, a furnished roof deck, a business center and a club lounge, according to the building’s website. It also has a 160-car parking garage and around 35,000 square feet of open space.

A spokeswoman for Natixis did not respond to a request for comment.

Update: This story was updated to include a statement from Jeffrey Levine and also to include additional information on the Edge Community Apartments.