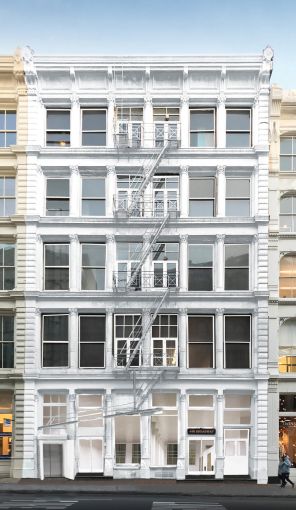 Real estate investment firm K Property Group has purchased a Soho building for $46.8 million with plans to renovate it into a “high-end” office and retail building, according to an email about the sale from the buyer.

“This is now a premium office and retail location in New York’s hippest neighborhood of Soho,” Kraut said in prepared remarks. “Everything we’ve planned for the building is in line with the new look and feel of the area, while interiors will be transformed into a high-end bespoke product that complements the rapidly changing landscape of lower Soho high-fashion brands that thrive on the street.”

Henri Kessler, Robert Aaron, Matt Fotis and Nelson Lee of Marcus & Millichap handled the sale for both sides. Kwan could not immediately be reached for comment.

“[It was Kwan’s] first and only asset in America and he’s been looking to trade it for a little while,” Nelson Lee, a broker on Marcus & Millichap’s global investment team, told CO. “He didn’t want to put any more money into it, he doesn’t really understand the New York market.

There was a significant amount of interest,” Lee added. “We were able to trade it for one of the highest prices in Soho in recent years.”

Kwan first put the vacant office and retail building up for sale in September 2017 for $58 million—two months before J.C. Penney opened a Jacques Penné pop-up store, as CO reported—and K Property Group went into contract to buy it this May, according to The Real Deal.

K Property was started in 2017 by Kraut and Rod Kritsberg. It has focused on buying smaller commercial buildings around Manhattan including 30-32 Howard Street in Soho, Sunshine Cinema at 141 East Houston Street on the Lower East Side and 211 East 43rd Street in Midtown, as CO previously reported.

Update: The story was updated to include comments from Marcus & Millichap and to correct the brokers on the deal’s names.