Industrious to Add Coworking Spaces to Macerich Malls Around US [Updated] 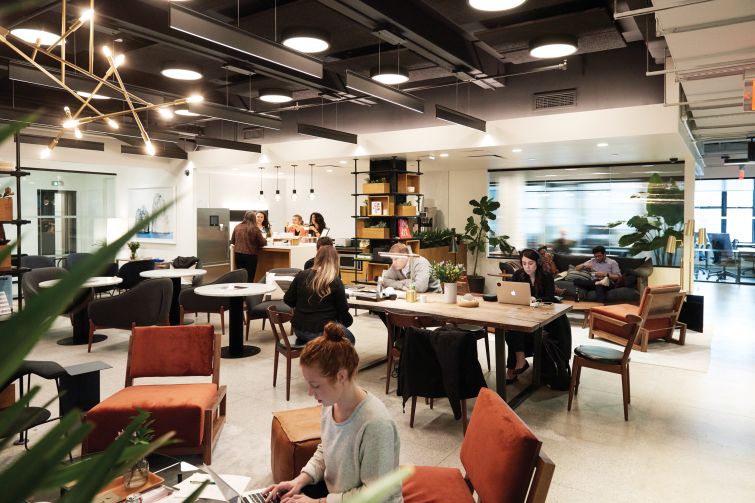 Industrious, a New York City-based coworking provider, has partnered with mall owner Macerich to add flexible-office spaces into some of the company’s retail spaces around the country.

The first such coworking space will span 32,898 square feet in Scottsdale Fashion Square in Scottsdale, Ariz., which is expected to open in January, according to a spokeswoman for Industrious. The Industrious office will take over a former Barney’s.

Not all of Macerich’s 42 shopping centers will get an Industrious space and the other locations in the partnership have not been announced. Macerich owns malls in major cities including the Kings County Mall in Marine Park, Brooklyn, Queens Center Mall in Elmhurst, Queens, the Westside Pavilion and Santa Monica Place in Los Angeles and Tysons Corner Center in Tysons Corner, Va.

“Our settings deliver top-tier, built-in amenities for today’s professionals, which is why a partnership with experience-focused Industrious makes so much sense,” Macerich CEO Art Coppola said in a statement.

The move to add coworking spaces to vacant stores in malls comes at a time when shopping centers and malls around the globe are buckling under the pressure of e-commerce. A report by JLL predicts the trend will increase by 25 percent annually for the next five years.

“The current retail market is pushing landlords to find new ways to invigorate their space with alternative tenants, including coworking spaces,” Holly Rome, the director of retail leasing at JLL, said in a statement. “Setting up a coworking space in a retail property provides workers a fun, yet functional space with great accessibility, ample parking and value-add amenities like personal services, shopping and food options.”

These include a new business incubator Cowork at the Mall in Chicago’s Water Tower Place, a retail incubator at New Jersey’s Cherry Hill Mall and Bespoke in San Francisco’s Westfield Shopping Centre.

Aside from coworking, mall owners have been seeking other ways to bring shoppers back such as increasing entertainment options (think movie theaters and even open-air skiing facilities), as Commercial Observer previously reported.

Macerich said it picked Industrious after a “rigorous vetting process” and went with the coworking provider because both companies have a “shared commitment to high-end experiences” and Industrious’ financial performances at other locations.

Industrious launched in 2013, offering private and shared office spaces, eventually expanding to more than 40 locations around the country. Tenants include everyone from entrepreneurs to Fortune 500 companies. Earlier this year, the company closed on a Series C fundraising round and pulled in $80 million, CO previously reported.

Update: The story has been updated to add information from a JLL report about coworking in retail spaces.