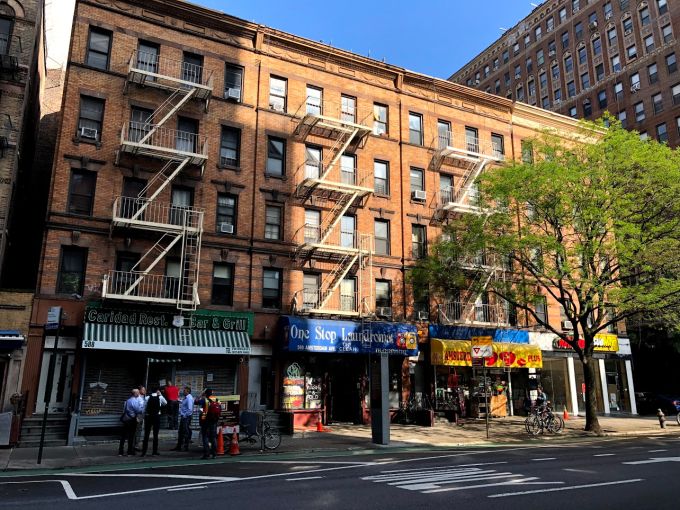 GPG closed on the sale yesterday for the mixed-use buildings at 588 to 594 Amsterdam Avenue between West 88th and West 89th Streets from owner Grey Seal Realty Corp. as part of a 1031 exchange, Jason Glick, a managing partner at GPG, told CO. It was the company’s first Manhattan purchase under the GPG name and it plans to start renovations on the property soon.

GPG handled the sale in-house while the Grey Seal was represented by Hall Oster and Guthrie Garvin of Cushman & Wakefield.

“It’s a deal with a great deal of upside for the right buyer,” Garvin said. “It’s a corner property that had expiring retail leases, it had under-market rents, it had air rights available. All those things would make any buyer salivate to be a part of it.”

The five-story buildings have a combined 45,000 square feet with up to 100,000 buildable square feet. They are comprised of 71 mostly rent-stabilized apartments along with five ground-floor retail space, only one of which is occupied (by a laundromat), according to Glick and Garvin.

Family-owned Grey Seal first bought the property nearly 100 years ago and it’s the last in 10 buildings across the city it recently sold, according to Garvin.

GPG plans to get to work soon on fixing the plumbing and electrical systems and waterproofing of the buildings along with sprucing up the hallways, retail spaces and apartments as they become vacant, according to Glick.

Earlier this month, the company sold a block of Upper East Side buildings to nonprofit The University Financing Foundation—which plans to partner with Northwell Health to develop a new medical complex—for $232 million. Through a 1031 exchange, GPG bought the Upper West Side buildings along with residential properties in Charlotte, N.C., Nashville, Tenn.

“We don’t have a big presence on the Upper West Side and we were interested in expanding the portfolio,” Glick said. “It’s a property that is more or less similar to the property on the Upper East Side.”