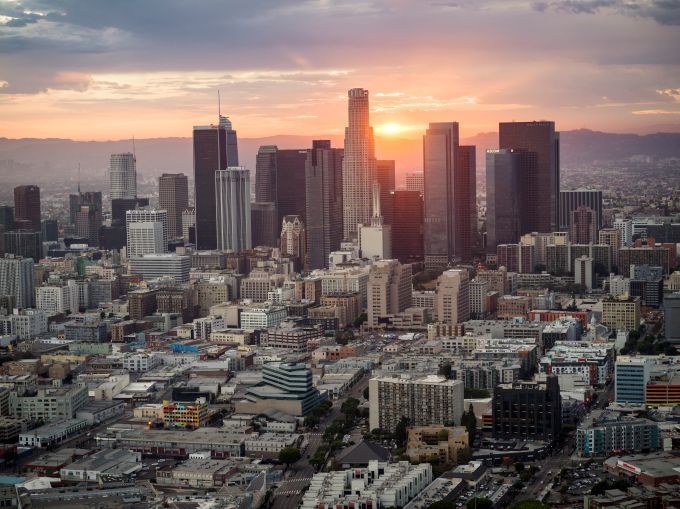 Capitalization rates for U.S. commercial real estate assets were mostly unchanged in the first half of 2018 with the exception of certain retail segments, according to the CBRE’s North America Cap Rate Survey.

CBRE attributed the stable cap rates to a “wall of domestic and global capital, above-trend economic growth and a continued low interest rate environment.” The report singled out the industrial and logistics sectors as remaining “blisteringly hot” among the major commercial real estate categories, falling by 10 basis points (bps) on average to 6.42 percent in the first half of the year.

“People like both coasts—east and west but I think the dynamics are better in the west,” Barbara Emmons-Perrier, a broker specializing in industrial, office and land sales, told Commercial Observer. “The draw to the West Coast are the Ports of Los Angeles and Long Beach. These outpace all other ports in the United States and are a true driver of the industrial business. Foreign investors understand the importance of the ports and love the Los Angeles market because of them. All imports coming from the Asian markets come to Ports of Los Angeles and Long Beach.”

As an asset class that is widely considered to be an investment safe haven, multifamily cap rates perhaps unsurprisingly maintained stable at historically low levels for the first part of the year, illustrating high investor interest and confidence. Cap rates for infill stabilized assets averaged 5.21 percent (down two bps from the second half of 2017) and the average expected return on cost for value-add acquisitions was 5.95 percent (down 3 bps). Suburban stabilized assets priced at 5.53 percent on average, while the expected rate on costs averaged around 6.27 percent—both down 6 bps from the latter part of 2017.

Hotel cap rates were down slightly by 4 bps, reversing a more than two-year trend of modest increases. Most of the market segments—from economy to luxury—and geographic areas had modest, single digit decreases in cap rates ranging from 1 to 9 bps.

“Cap rates have been held down by above trend economic growth and continued low interest rates. Investors are keen to buy into the innovation that is taking place in real estate, particularly logistics and office markets. The wall of capital targeting real estate is bigger than it has ever been, but there is some degree of difficulty in finding attractive investment opportunities. Existing owners want to hold, and even if they are leveraged up, have the refinancing options to be able to do that,” Richard Barkham, CBRE’s Global Chief Economist, said in a release.

“We expect cap rates to remain stable in the second half of 2018. The U.S. economy is performing very well with very modest upward pressure on inflation. These are great conditions for real estate,” Barkham added.