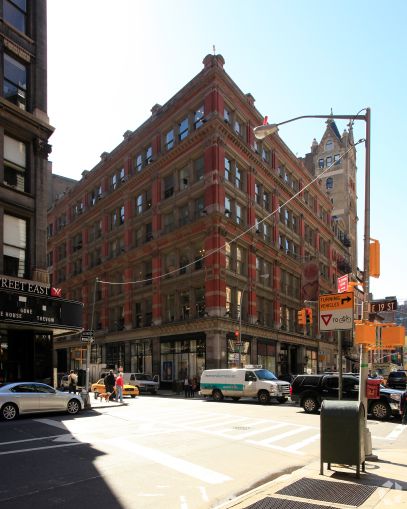 The enterprise software maker took nearly 34,000 square feet for 10 years on the third floor of the 76,400-square-foot building, according to The Real Deal. Taking rent in the deal was “north of $100,” per TRD, which attributed the rent info to CompStak. The lease was signed in February at the six-story building between East 18th and East 19th Streets, public records indicate.

CBRE’s Neil King and Paul Amrich are the leasing agents for the building and declined to comment through a spokeswoman. JLL’s Steve Rotter handled the deal for Atlassian, and a spokesman for the brokerage didn’t immediately respond to a request for comment. Normandy didn’t respond to a request for comment, and Atlassian didn’t immediately respond.

The company is currently located on the 17th and 25th floors of 55 Broadway, according to its website. It’s unclear whether the space will be new offices or a relocation.

Normandy purchased much of ABC Carpet & Home’s longtime headquarters at 888 Broadway and acquired the leasehold on a connected building at 38 East 19th Street for a total of $133 million last year, as The Wall Street Journal and other outlets reported. The real estate investment firm is currently in the midst of spending $40 million to convert the third through sixth floors of the commercial condo building from retail into high-end office space. ABC is reportedly holding onto the retail condo at 888 Broadway and leasing back portions of both buildings, TRD indicated.