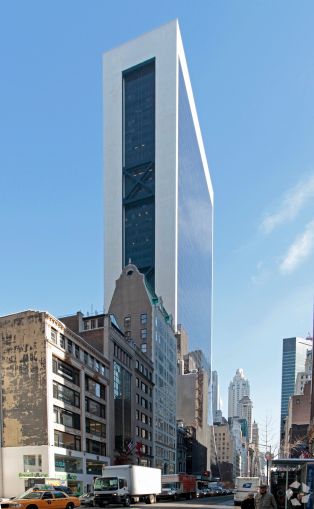 Private equity firm Apollo Global Management will expand its headquarters in Solow Building by 69,000 square feet, a source with knowledge of the deal confirmed.

Apollo signed a 15-year lease to increase its offices at 9 West 57th Street between Fifth Avenue and Avenue of the Americas to 177,00 square feet from 108,000 square feet, The New York Post first reported. Asking rent for the space was about $200 a square foot, according to Commercial Observer’s source.

The firm currently occupies the ground, 37th and 43rd floors of the 49-story Solow Building, per CoStar Group.

CBRE’s Stephen Siegel, Michael Geoghegan, Michael Wellen, Paul Stimpfle and Peter Gamber handled the deal for Apollo while Scott Panzer of JLL represented the landlord, Sheldon Solow. A spokeswoman for CBRE declined to comment and a spokesman for JLL did not respond to a request for comment.

The expansion comes after Apollo was bought out of its offices at the Crown Building at 430 Fifth Avenue, a building which is now being converted into residential condominiums. Apollo will use the money to relocate to 70,000 square feet at 3 Bryant Park after signing a sublease with MetLife, the Post reported.