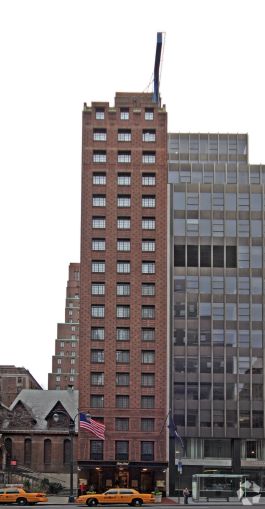 Signature Bank has provided a $35 million loan to support timeshare company Westgate Resorts‘ purchase of a former Hilton hotel in Midtown East, according to property records.

The previous owner still owed almost $79.5 million on the building when the deed changed hands. So another financier, Hudson Capital, first lent Procaccianti Group two batches of debt, one for $35 million and another for $44.5 million, to refinance Procaccianti Group’s previous round of 2009 debt from the Anglo Irish Bank Corporation.

The $35 million mortgage has now been transferred to Signature Bank as the lender and Westgate as the sponsor. The larger $44.5 million share, on the other hand, remains with Procaccianti Group, which could presumably use the proceeds from the building’s sale to pay down the debt.

The hotel, on the easternmost block of East 42nd Street between Second Avenue and Tudor City Place, is just about 200 yards from the United Nations campus on the bank of the East River. The nearly ninety-year-old property, 23 stories tall, was until recently the home of the Hilton New York Grand Central.

Rooms for the first weekend in July start at $130 for one night, according to Westgate’s website. Timeshare owners from other resorts will get discounts.

Representatives from Westgage, Signature, Procaccianti Group and Hudson Capital did not immediately respond to inquiries.