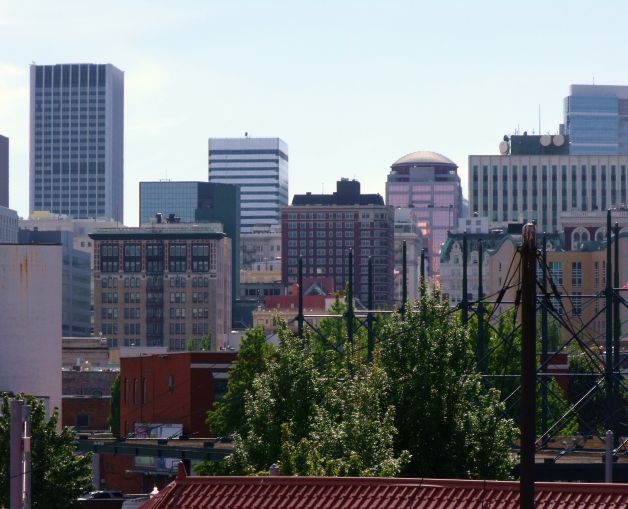 NKF Capital Markets’ Jordan Roeschlaub and Dustin Stolly brokered the financing on behalf of the deal’s sponsors, NBP Capital and Berggruen Holdings, which have co-owned The Douglas since 2015.

The five-year refinancing, which closed the last week of June, combines a senior mortgage and a mezzanine loan, according to an ACORE spokesman. (He said he couldn’t provide more detail about how the debt balance was divided between those components.)

Built in 1990 and renovated last year, The Douglas, at 2083 Southwest River Drive, stands just south of the city’s downtown core on the west bank of the Willamette River. Nestled between a waterfront park and Portland State University, the complex consists of 13 buildings totaling 290 units, split between apartments and multi-level townhouses. A streetcar station adjacent to the site offers transit throughout the city’s central business district.

The Douglas, which is 92 percent occupied, also includes 17,000 square feet of retail space now leased to a sports bar and a spa. Building residents have access to a community lounge, a fitness center and a pet spa. A 440-square-foot studio rents for $1,300 per month, while 1,100-square-foot two-bedroom apartments go for $2,365, according to the building’s website.

“The combination of institutional sponsorship [and] a Class-A, quality asset made this opportunity highly attractive to lenders,” Roeschlaub said in a statement. “ACORE was able to provide flexibility that will allow NBP and Berggruen to execute their business plan.”

Josh Katzin, an ACORE managing director, said the lender was pleased by the work that NBP had done to position the property for further development.

“The property is very well located and is a rare low-density product for such an infill location,” Katzin wrote in an email to CO. “It sits on approximately six acres and the sponsor owns another two-acre site next door. The sponsor has created additional value by pursuing an up-zoning for the combined eight-acre site.”

A raft of new apartments has flooded the Portland residential market in recent years, putting downward pressure on rents. Twenty thousand new units have come online in the city since 2012, according to Fannie Mae, and new multifamily construction continues at a pace that the housing-finance agency thinks will outpace the economy’s ability to add new jobs. After recording a vacancy rate below 3.25 percent in mid-2015, the city’s rental market has once again grown slacker than the national vacancy rate of about 5.25 percent over the last 12 months.

A representative for Portland-based NBP Capital did not immediately respond to an inquiry. Berggruen Holdings, a private investment firm controlled by billionaire philanthropist Nicolas Berggruen, could not be reached.