Tech Jobs Shoots Up by 38 Percent in NYC: CBRE 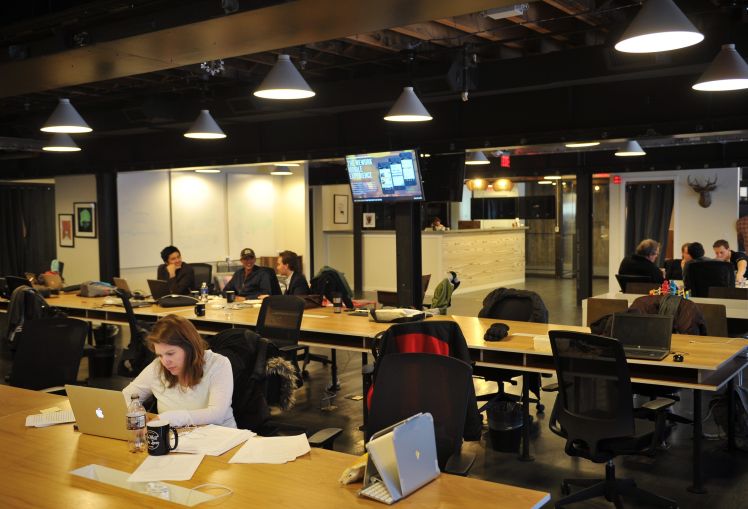 Tech jobs surged by 38 percent in New York City over the past seven years, leading to millions of square feet of office space being leased for the workforce, according to a new CBRE report.

The city added a total of 70,500 tech jobs—which includes developers, programmers and information systems managers—from 2011 to 2017, the report shows. It’s the second largest market in the country for the sector behind San Francisco, which still has 74,880 more people in the labor pool.

The rush in tech jobs around Gotham contributed to about 10.6 million square feet of office space being leased in the five boroughs, or about 150 square feet per person, according to the report. It hasn’t just been confined to companies like Facebook and Google, but also non-tech companies growing digital arms of their brands, LaRusso said.

“We saw this kind of bubbling up in lots of sectors: entertainment, finance, insurance, consulting. It’s really a broad-based trend,” she said. “It confirms what you sort of already knew, but it’s good to have data points.”

These deals include J.P. Morgan Chase’s 305,000-square-foot lease last year inside Brookfield Property Partners’ 5 Manhattan West for its FinTech team and the digital arm of mega-accounting firm Deloitte subleasing 40,000 square feet at 330 Hudson Street. LaRusso said CBRE has found other companies leasing space around the city for its tech workers even if they don’t tack on “digital” to the end of its name.

Growth in tech, advertising, media and information (TAMI) leases has tapered off recently around the city, but LaRusso expects it still to be a major part of the market.

“I think we’re going to see it continue to be a factor in a lot of leasing decisions,” she said.

As for the city’s overall job market, tech expanded at a much faster rate than other sectors. The CBRE report found it grew at an annual rate of 5.7 percent compared with 1.9 percent for all fields.

Tech’s biggest gains were for computer support, database and system jobs with software developers and programmers right behind them, according to the report.