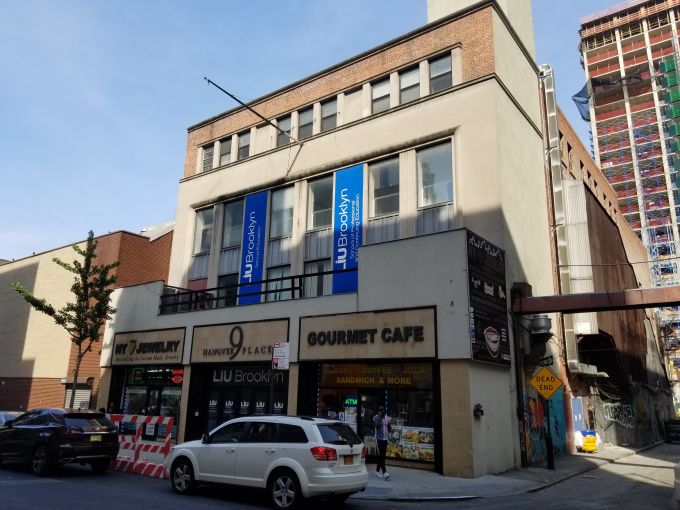 A private school that immerses students in French and Mandarin at an early age will relocate to a 40,000-square-foot office space in Downtown Brooklyn, Commercial Observer has learned.

The Science, Language and Arts International School (SLA) inked a 10-year deal earlier this month for the second to fourth floors at 9 Hanover Place between Fulton and Livingston Streets, according to brokers for the deal. The asking rent for the space—previously occupied by Long Island University—was $55 per-square-feet.

“We’re just really happy that SLA has a permanent home and thrilled that we can provide a private school for the neighborhood and the community,” said Jane Brody of Vicus Partners, who represented the school in the deal along with Matthew Hopkins.

“It’s a just a testament of the high demand of school requirements in the Downtown Brooklyn and how things are evolving and growing in that area,” Mograby said.

SLA previously shared space with the Brooklyn Music School at 126 St. Felix Street and will relocate to Downtown Brooklyn to have its own campus, according to Brody.

Since SLA, which currently has around 150 students, isn’t large enough to fill the entire space yet, it subleased a floor—about 14,000 square-feet—to the International Charter School of New York for two years, according to Brody.

SLA was founded by Jennifer Wilkin in 2011 with the aim to teach children from nursery school to eighth-grade in Mandarin and French, according to SLA’s website.

The school currently offers its French program for nursery to fifth grade and Mandarin from nursery to pre-kindergarten, but expect to expand up to eighth grade by 2024. Aside from the Downtown Brooklyn campus, SLA has a location at 132 Fourth Place in Carroll Gardens.