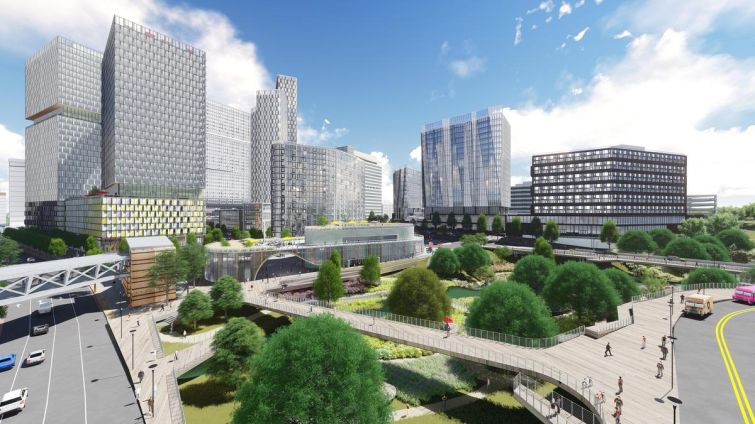 Skanska USA has acquired 94,000 square feet of the 8-million-square-foot Scotts Run development in Tysons, Va. from owner and developer Cityline Partners, according to a press release from Savills Studley. Skanksa, a New Jersey-based commercial development company, plans to break ground on a mixed-use multifamily and retail project at the site in 2019.

“Tysons is growing rapidly with lots of development underway and more planned. We believe the site we acquired is the best in Tysons given its direct access to Metro, shopping, and to McLean and Washington, D.C.,” Skanska’s Mark Carroll, an executive vice president, said in a prepared statement.

“This was a very strategic acquisition for Skanska, landing within the thick of Mitre’s expansion, Capital One’s headquarters and Wegmans deliveries, and the Archer Hotel development,” said Siegel, in the release.

Cityline Partners’ Donna Shafer and Tasso Flocos represented the firm. When reached for comment, Shafer said over email that she was travelling, and Flocos did not respond to a request for comment.