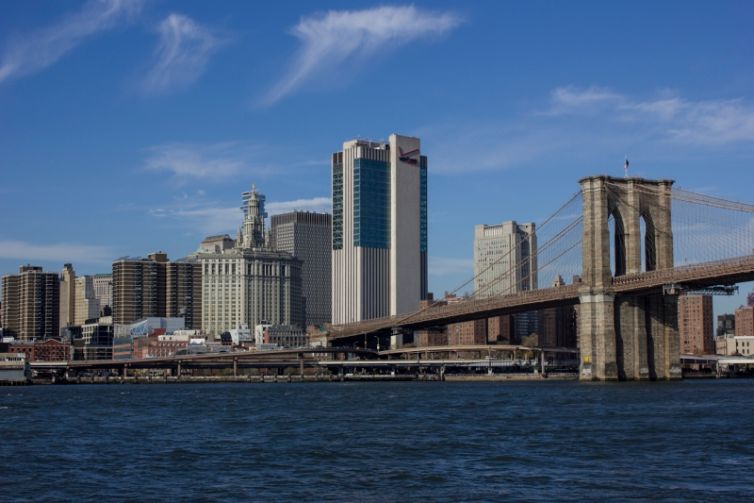 Architecture firm Rafael Viñoly Architects is moving its New York City offices to the Financial District after inking a lease to take the entire top floor at the former Verizon Building at 375 Pearl Street.

The firm—led by the Uruguayan starchitect of the same name and perhaps best known in New York for designing the ultra-luxury residential skyscraper 432 Park Avenue—signed a 20-year deal for the entire 36,550-square-foot 31st floor at the roughly 1-million-square-foot tower adjacent to 1 Police Plaza and the Brooklyn Bridge, landlord broker CBRE announced today.

Asking rent in the deal was $70 per square foot, CBRE said, with the firm expected to relocate next year from its current digs at 50 Vandam Street in Hudson Square. Rob Stillman and Gerry Friedman of CBRE represented the tenant in the deal, while their CBRE colleagues Gregg Rothkin and Gerry Miovski represented landlord Sabey Corporation.

Seattle-based Sabey acquired the former Verizon Building—a former telephone switch center known for its Brutalist facade—for $120 million in 2011 and set about transforming the property via a glass curtain wall renovation of the upper 15 floors, as Commercial Observer previously reported.

“In a true testament to the vision of the Sabey Corporation and the recent transformation that 375 Pearl Street has undergone, the building’s elegant redesign has drawn the attention of many firms, including one of the world’s best-known architects, who is now moving its New York operations there,” Rothkin said in a statement.

Clete Casper, the director of real estate for Sabey, added in a statement that Rafael Viñoly Architects was attracted to the space’s “large floor plate, exceptional 23-foot ceiling heights and 521-foot elevation.” Additionally, the firm plans to build a 500-square-foot outdoor terrace on the southwest corner of its floor.

The Real Deal first reported the news of the firm’s new lease at 375 Pearl Street.