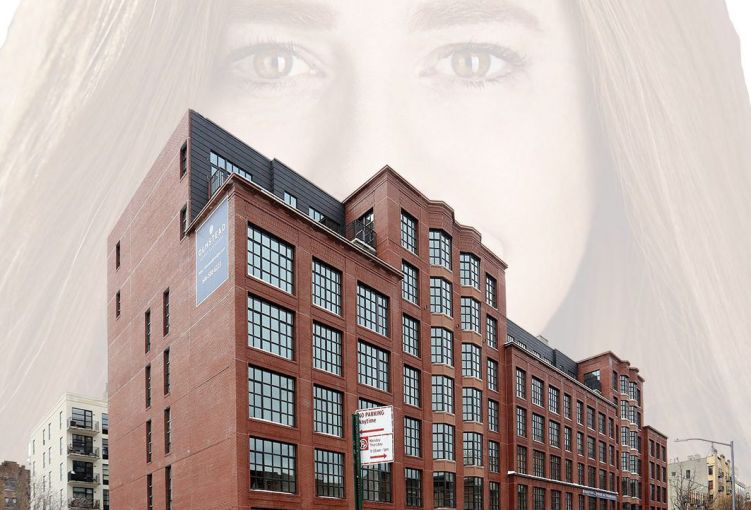 One of the biggest names in Brooklyn development, Toby Moskovits, is fighting a foreclosure auction on one of her prized properties, Commercial Observer has learned.

UCC public sale notices ran in The Wall Street Journal and Commercial Mortgage Alert in June, notifying potential interested bidders of the debt sale, but as one would expect, Moskovits is fighting the action tooth and nail; one source close to the situation said that Moskovits viewed the project, which she is currently developing into a luxury multifamily property with an affordable component, as “her baby.”

Moskovits and Lichtenstein are battling the lender to stop the auction via a temporary restraining order, according to filings in Kings County Supreme Court.

In a related case, Benefit Street Partners filed a motion of judgment in lieu of complaint against the borrowers on May 22 in New York Supreme Court and is suing them for $10.5 million under their personal guaranties for the debt.

While the lender accuses the borrowers of monetary and non-monetary defaults, the borrowers in turn are suing Benefit Street for predatory lending, claiming the lender engineered a default on the loan in order to seize the property. In its legal response to the complaint, Benefit Street states that there “hasn’t been any bad faith effort to manufacture technical events of default,” as alleged by the borrowers. Further, the lender’s response states that the “plaintiff’s payment defaults are anything but ‘technical.’”

“In my 30 years representing both borrowers and lenders in major real estate projects I do not recall seeing a lender more fervently woo a borrower…and so quickly following a closing do a 180 in its relationship with its borrower by engaging in such highly aggressive behavior,” Moskovits’ transaction lawyer, Nicholas Kaiser, a partner at Cohen & Gresser, who has worked with Moskovits on all of her projects and financings, said via email. “This is certainly a cautionary tale for borrowers.”

By way of history, the property at the center of the dispute has been fully owned by Moskovits’ Heritage Equity Partners since 2014. Moskovitz bought out then-partner Rabsky Group for the 136,863-square-foot, eight-story Crown Heights multifamily building with a $23.5 million loan from Madison Realty Capital. Construction on the building—which benefits from a 421a tax exemption with 40 affordable units—is currently in the process of being completed, and amenities include a state-of-the-art fitness center, a yoga room, a sauna and a landscaped roof deck.

In October 2017 Moskovits secured an $89 million refinance from Benefit Street—comprising an $81 million senior construction loan and $8 million mezzanine loan. The mezzanine debt is a two-year, interest-only, floating rate full-recourse loan with up to two one-year extension terms. It wasn’t immediately clear when Moskovits brought Lichtenstein in as a development partner, but Moskovits and Lichtenstein have $15 million of equity in the property and the project has a value of $130 million, according to court filings.

If the auction proceeds, the highest bidder would win the collateral that was pledged against the mezzanine debt—more specifically, 100 percent interest in the entity that owns the Brooklyn property, also known as The Olmstead Luxury Residences, or The Frederick. The collateral is encumbered by $81 million in Benefit Street’s senior debt on the property, which the successful bidder would also assume and likely refinance. At the end of the sale the mezz debt would be extinguished.

“In order to be the successful bidder you’d not only have to bid the principal amount but any other expenses in order to cure any default, so defaulted interest and taxes, so the amount you’d need to bid is almost $11 million,” said one source familiar with the auction. “The rumor is that Benefit Street will credit bid up to the amount of debt that’s owed to them; they don’t want to own the property, but they want to recover their money.”

But sources close to the deal told CO that Moskovits intends to pay off the mezz loan prior to the sale and that she has “numerous offers of loans that are far greater than the value of the mezz loan.”

Several of the borrowers’ court filings referencing communications between the parties, including Moskovits’ affidavit and email exchanges filed as exhibits, were redacted or removed on Monday because they were in violation of a pre-negotiation letter. Benefit Street denies claims that were redacted in its June 8 response to the complaint.

The senior debt was originated at a 7 percent spread over LIBOR, but its rate reduced over time as the project hit construction deadlines. “It had a step-down provision that when [the borrowers] got a temporary certificate of occupancy it dropped down to 475 over LIBOR,” according to another source close to the financing. “Then when [the borrowers] got the preliminary 421a signed off on it the rate would drop down further to 445 over LIBOR. But right now the market for that type of loan is actually 250 over LIBOR. So it’s an expensive piece of debt right now.”

The alleged “defaults” are something that the borrowers and lender disagree on vehemently, as evidenced in the borrowers’ complaint, lender’s response and multiple affidavits filed as exhibits.

The borrowers assert in their initial complaint, filed on May 18 in Brooklyn Supreme Court, that “there has never been a payment default under either the mortgage or the mezzanine loan,” with Moskovits adding in her July 2 affidavit that the alleged defaults are “non-existent, illusory or immaterial.”

Benefit Street, on the other hand, claims that Moskovits and Lichtenstein defaulted in a few ways, including failure to maintain adequate balances in the interest reserve accounts of the senior loan and mezzanine loan, and failure to maintain an adequate balance in a tax account (the goal of the account was to fund real estate taxes through the project’s construction).

In a June 19 affidavit, Benefit Street Managing Director Micah Goodman states that the borrowers’ claim of no default is “false,” because there was a failure to pay a $500,000 interest reserve deficiency amount due on the senior loan April 30 (or, the balance fell below the required amounts to cover interest payments for that period) and a $79,232 interest reserve deficiency on the mezzanine loan in the same period, which then accelerated the mezzanine loan.

Goodman’s affidavit also alleges that the borrowers failed to pay another $500,000 interest reserve deficiency by its May 24 deadline and “the only reason there have not been monthly debt service payment defaults by the mortgage borrower is because [Benefit Street] has been making certain protective advances pursuant to the intercreditor agreement.”

Goodman’s affidavit claims that the borrowers failed to meet the project’s completion deadline of June 1 and are, “therefore in default of the mortgage loan agreement for this additional reason alone.” (As of June 1, work was still being done on the top two floors, sources told CO.)

Moskovits’ affidavit, on the other hand, states that the project has “proceeded satisfactorily toward completion,” and that it’s now 95 percent complete.

But, 95 percent isn’t 100 percent, one lender noted, saying, “The documents say 100 percent. Floating-rate lending is very risky and it’s important for the lender to remain disciplined. There can’t be any wiggle room here.”

However, another lender noted: “Timelines can be tricky in construction projects as things often don’t go quite as expected. Loan documents have to be adhered to, but lenders also have to work with their borrowers to allow for a little flexibility, should things come up.”

The borrowers were expected to obtain tax benefits under the 421a program by July 1, and if not they’d have to make additional payments to the tax account. The New York City Department of Housing Preservation and Development granted approval of the preliminary certificate of eligibility (PCE) on Feb. 12, per Moskovits’ affidavit, and stated that a $223,000 certificate fee was due within 90 days.

On May 4, Benefit Street made a protective advance into the account, due to not having received proof of the 421a benefit or that the $223,000 had been paid.

Goodman’s affidavit says that the borrowers’ complaint “conveniently glosses over the fact that [they] failed to timely fund the tax reserve account as required, given its failure to obtain the 421a benefits and requisite PCE by March 1.”

“Had the tax issue been handled correctly, the interest rate would have been lowered as per the loan agreement and the senior loan interest reserve issue would not have arisen,” the borrowers claim in a court filing in support of their temporary restraining order on July 2. Further, they claim that any default on the tax and interest reserves, “would not be material and would not justify accelerating the entirety of the mezzanine loan.”

In response, one lender who isn’t involved in the deal said of the UCC foreclosure auction: “It’s not a predatory move. There have been several UCC notices posted where mezz lenders have been taking steps to secure their interests in loans that were made. It appears to be more of a defensive move and I disagree that it’s predatory,” he said.

A hearing on July 30 will determine whether or not the auction proceeds.