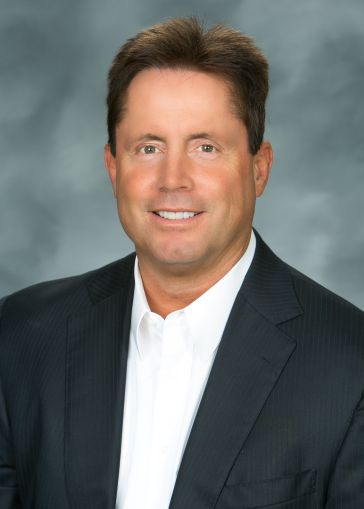 Kevin Shannon, a co-head of U.S. capital markets at Newmark Knight Frank in greater Los Angeles, is a self-admitted “deal junkie.” The veteran real estate finance pro fell in love with real estate when he took an introductory course with Rocky Tarantello at the Marshall School of Business at the University of Southern California, where he earned his undergraduate degree in real estate finance and development.

He went on to become a top-producer at Colliers Seeley, Grubb & Ellis (now part of NKF) and CBRE, where he served as a vice chairman and managing director for the West Coast Institutional Investment Group and the leader of the Western U.S. Office Vertical for nine years before joining NKF in 2015.

Over the past 20 years, Shannon has sold and marketed more than $45 billion of office, industrial, self-storage, retail, land and mixed-use assets.

He brokered the largest office sales in the Western United States in 2010, 2011 and 2012 and the second-largest in 2013. The 2012 sale, in which Amazon’s headquarters traded hands for $1.6 billion, was the largest commercial sale in the country. Shannon has also brokered some of the most significant commercial real estate deals in L.A., including the $437.5 million sale of One Wilshire in 2013.

At NKF, Shannon leads a team of 29 spread out across the Western region, from Denver on westward to Seattle and all the way south to San Diego. But, as a co-head of the national capital markets, along with Boston-based Robert Griffin, he leads hundreds of NKF capital market professionals across the firm.

The Southern California native who lives with his wife and four children, aged 18, 16, 15 and 12 in Palos Verdes, spoke to Commercial Observer from his South Bay office about his career, the state of U.S. capital markets and how the West Coast stacks up against the rest of the nation.

Commercial Observer: What made you want to make the change to NKF?

It’s just…it’s a smaller, more nimble, more entrepreneurial platform that’s getting bigger, but it doesn’t have the layers of management that some other companies have. Some of the bigger firms like a JLL or a CB because of their size, there are things that they can’t do and because of our size there are things we can do from an entrepreneurial perspective, which is really fun.

What is the state of the capital markets right now? What part of the cycle are we in?

We are in the second-longest recovery in history. The capital markets environment is superb right now. The debt markets are firing on all cylinders and all the lender groups are in play. All capital sources are in play. The fundamentals of most markets are strong. The things that caused past recessions don’t exist today.

And what are those?

Are there certain investor groups from certain countries that are investing in this market and, if so, from where?

Are there specific areas that countries are targeting or projects that they are attracted to? I can’t help but think of what’s happened with Downtown L.A.

Foreign capital has always been interested in the coastal gateway markets and that continues, so New York and L.A., San Francisco, Washington D.C. are the primary markets. There is an abundance of foreign capital though that’s also looking for yield and so you’ll see a lot of Middle Eastern capital that will go into more tertiary markets in search of higher yield.

We just sold an office deal in Phoenix to a Middle Eastern group, but if you go to markets like Denver or Phoenix, you’re going to pick up better yield than you are in markets like Seattle and L.A.

Has there been any impact or fear about what’s happening at the federal level, with trade tariffs? Has that trickled down?

There’s obviously noise on the tariff front. We obviously need to see how that plays out. I believe there is a lot of posturing going on there. I think ultimately that will settle down. But the good news is the economy has been given a shot of adrenaline with the new tax bill, which hasn’t really taken full effect yet. The economy is going to benefit for the rest of the year with that shot of adrenaline. So, there still remains a lot of optimism in the underwriting and a general belief that the fundamentals are going to continue to get better.

Regarding propositions on the November ballot like venture capitalist Tim Draper’s proposal to split California into six different states, and the governor’s race, how do you feel these could impact the California market?

I think politically California has had a strong tendency to be a Democratic state, a blue state. I don’t think that’s going to change. I’m not concerned with the state being divided into several states. I don’t think that will ever get traction. One of the things we are concerned about is the general lack of affordable housing and we are concerned with the taxes. The cost of doing business in some of our most desirable markets like West L.A. and San Francisco, there is a lack of affordable housing, which, at some point, it’s going to inhibit job growth and inhibit the growth in fundamentals.

California has got hefty income taxes. If you look at places like Seattle where there is no state income tax or Washington, the difference of the cost of being in L.A. has gotten much higher with some of the new initiatives and one of the big increases is the inability to deduct income tax from the state of California with the new law, which makes the cost of living in California much higher.

I’ve heard a good deal of talk from people about how they can’t deduct parts of their mortgage payments and the impact that will have on homeownership.

They limited the deductibility on the home mortgages as well, but also in the states of New York and California [they eliminated] the ability to deduct state income tax which just makes those states more expensive to be in.

There is a rising concern about the lack of affordable housing and growing homeless crisis.

There is not enough affordable housing being generated. Most markets need more housing and we’re not keeping up with the demand for housing fast enough. It is important that we address the housing problem and also affordable housing, having that component. You know long term for California it’s important to be able to do that. You have companies that are clearly concerned about the lack of affordable housing and the lack of available housing. They are looking hard at where they are going to grow. California is a place where they’ve done a lot of their growth in, but we need to address that head on if we’re going to continue that trend.

Are there certain property types that are more attractive from an investment standpoint?

Are there certain trends driving these? I think of e-commerce and the industrial sector.

Industrial is the result of e-commerce and the growth there and then the need for last-mile distribution.

I’m more office, industrial so I don’t want to comment on that.

Speaking of office. There’s been such a boom in creative office spaces and coworking. What are your thoughts on that?

I think creative office is here to stay and you’re going to see more traditional work environments turned into new creative formats. For people coming out of USC and UCLA [University of California, Los Angeles] locally, they want to work in those types of formats. If you are going to attract and retain the talent, you’re going to be looking hard at having that format that is conducive to getting the best employees.

You’ve done many high-level deals. Do you have a favorite deal that you’ve done in your career and what makes it your favorite?

I was involved in selling Amazon’s corporate headquarters, which closed Dec. 20, 2012. That was the largest deal in the country that year. Being a part of that was probably the most notable. We do so many deals, it’s hard to say which ones are my favorite deal, but I would say that’s the most notable deal.

You’ve been a top performer for years. What keeps you motivated, especially after completing a deal as big as the Amazon sale?

I love the business. I love the fact that each piece of real estate is different and I love working in different markets because each market has its own script. Even a market like L.A. has 12 different markets with 12 different scripts. It’s just exciting watching the changes in the markets and translating that to capital markets execution. I’m also teaching a bunch of people on my team and watching them grow and become better brokers and savvy real estate people is rewarding. It’s fun to go to work and see a team that you love. We’ve been blessed to be as successful as we have been. It’s been a lot of hard work, a little bit of luck and a little bit of smarts.

Are there certain misconceptions about the Western region, about what it represents or in the area you cover?

The West Coast investment sales volume surpassed the East Coast last year or the last year-and-a-half and if you look at where the growth has been, it’s been in technology. If you look at where the headquarters of Google and Microsoft and Amazon and eBay and Netflix, all those engines are headquartered on the West Coast so we’ve been spoiled. We’ve got more dynamic growth. There are markets like Boston similar to a lot of the West Coast markets, but, in terms of what’s been driving this last cycle and growth for office space in particular, a lot of those engines are based and located on the West Coast. Capital has recognized that and it’s moved up in terms of its desirability of their shopping list.

You mentioned Boston is similar to the West Coast. In what way?

Boston is a market that reminds me of a market like Seattle or San Francisco and West L.A. Those are markets where your vacancy rates are low and you see a lot of rent growth and strong absorption. There are a lot of other markets that are flatter and haven’t experienced the kind of dynamic rent growth, but those are what I call high-beta markets and Boston definitely fits there.

Manhattan has been a little slower generally and Washington D.C. has as well, but I think the West Coast markets have been going strong for quite some time.

What’s going on in New York and D.C.?

I think the demand drivers have been slower. You just haven’t seen the absorption that you’ve seen in these other markets. And absorption translates into rent growth. West L.A. has the highest forecasted rent growth in the nation. But it’s also a combination of the fact that we have all those tech companies headquartered on the West that I mentioned as well.

Do the entertainment industry and online content creators moving out here also impact the strength of certain L.A. markets?

And then you have the impact of the AT&T Time Warner merger.

I’m going to pass on that.