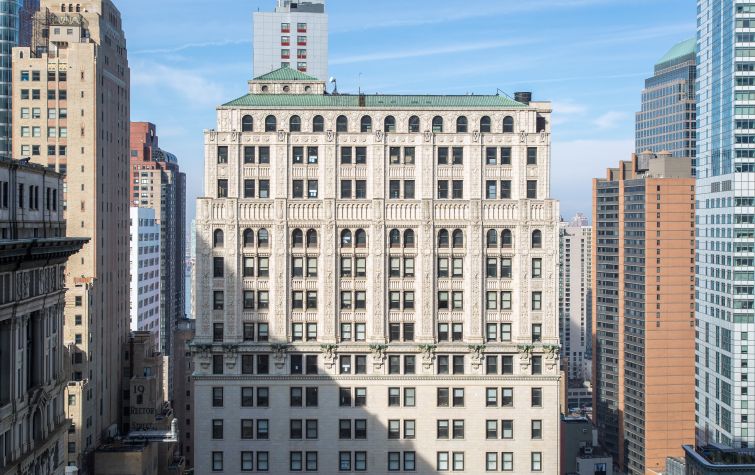 The firms, which have both been in the Lower Manhattan building between Rector and Carlisle Streets since 2003, signed 10-year deals for the 18,500-square-foot 20th (Faust) and 18,500-square-foot 22nd (Morris) floors, according to information provided by the landlords. Asking rents at the property range from $65 to $70 per square foot.

Bill Concannon, a vice president at Cove Property Group, noted that there is no connection between the law firms and their simultaneous renewals before the July 4 holiday were “just a coincidence.” A CBRE spokeswoman said the same.

“Both Faust, Goetz, Schenker & Blee and Morris, Duffy, Alonso & Faley have enjoyed their occupancy at 101 Greenwich for many years,” the CBRE brokers said in an emailed statement. “The firms opted to renew their commitments to the building due to ownership’s vision and ability to modernize the property and add in-demand tenant amenities. The landlord was also very accommodating and understanding of the tenants’ needs and was able to meet all of their requirements for a renewal.”

Other recent deals in the building include 7,000 square feet for telecommunications infrastructure provider Mobilitie, a 3,000-square-foot pre-built for medical technology firm Cleerly Medical and 58,000 square feet for Convene, the flexible conferencing, workspace and amenity provider. CO broke the news about Convene relocating its headquarters to 101 Greenwich last October.