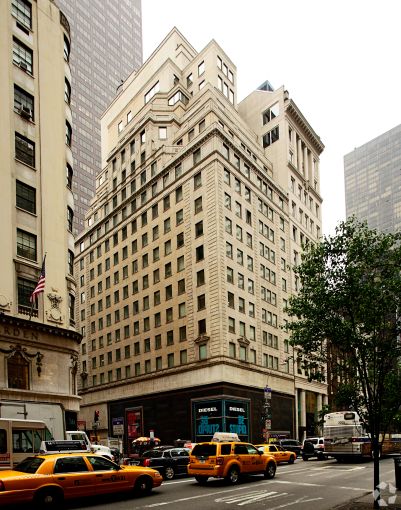 Bank of America and Wells Fargo have teamed up to refinance $325 million of debt on an office building at 685 Fifth Avenue, according to property records.

Deutsche Bank had lent $340 million against the building in May 2017, when it was controlled by GGP and Thor Equities. But now, four months after Brookfield Property Partners bought out the real estate investment trust for $15 billion, the new owners have split the financing into one share—a $225 million loan with Bank of America—secured by its retail condominium, and another—a $100 million loan from Wells Fargo—secured by its office component, according to documents filed with the city today.

The 20-story building, between East 53rd and East 54th Streets, stands on the street that remains the most expensive retail stretch in the country, according to Cushman & Wakefield. Coach, Stuart Weitzman and Tag Heuer share the building’s frontage along Fifth Avenue. Coach paid about $4,000 per square foot—about $20 million annually—when it signed its lease in 2016. Tag Heuer agreed to a similar per-square-foot price tag when it rented space in May 2017.

The retail suites occupy the first three floors of the 1920s skyscraper, with 109,000 square feet of office space comprising the upper 17 levels. Thor and GGP bought the building from Gucci for $460 million in June 2014.

Representatives for Bank of America, Wells Fargo Thor and Brookfield did not immediately respond with comments.