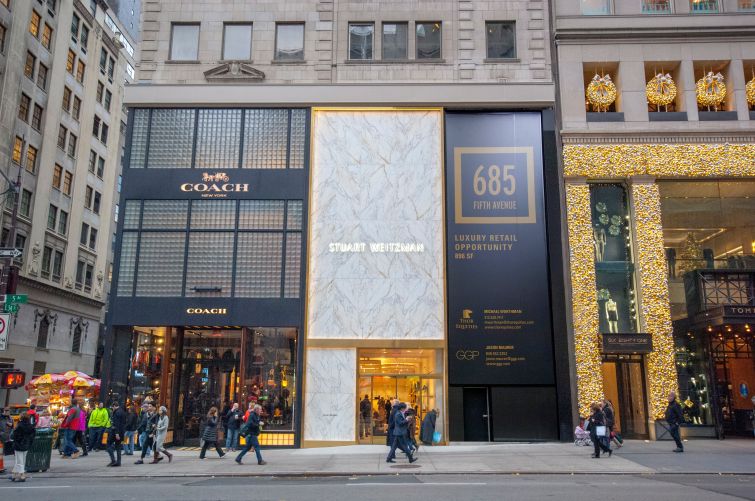 Thor and GGP purchased the 20-story, 115,000-square-foot building from Gucci for $460 million in June 2014, according to property records. The two retail landlords renovated the first three floors—housing the retail component—last year in order to attract higher-paying tenants.

Coach signed one of Manhattan’s most expensive retail leases there last year. The leather handbag retailer inked a deal for 24,594 square feet on the ground, second, and third floors, paying roughly $4,000 a square foot, or $20 million annually. Stuart Weitzman, which is owned by Coach, took 1,300 square feet of Coach’s space. Tag Heuer will move into the storefront to the right of the pricey shoe company.

Asking rent was approximately $4,000 a square foot, according to a source close to the deal. No brokers were involved in the Tag Heuer deal, according to another source.

The watch retailer occupied a ground-floor store at the St. Regis Hotel, a block north of 685 Fifth Avenue, until it shuttered more than a year ago.