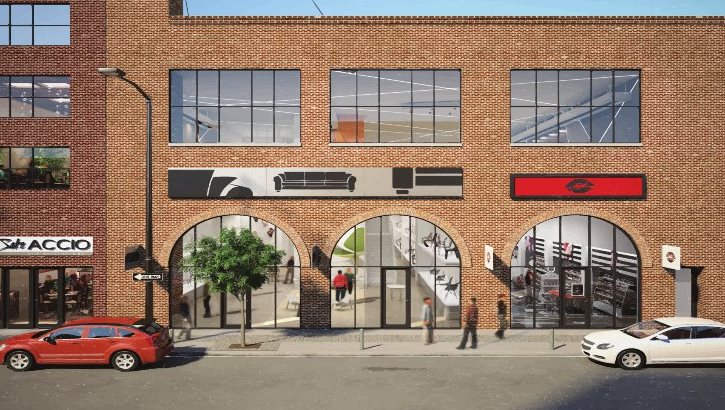 RedSky Capital has nabbed $104 million in financing from J.P. Morgan Chase for a retail center on a busy block in Williamsburg, according to property records.

The new debt in part refinances a two-year-old mortgage from Citibank and Square Mile Capital on Redbridge,  a retail complex with street frontage along North Third and North Fourth Streets as well as along Bedford Avenue in the Brooklyn neighborhood. The addresses securing the debt are 237-241 Bedford Avenue, 160-164 North Fourth Street and 159-173 North Third Street, the documents show.

The entire two-story property is anchored by an Apple store, which doesn’t serve as collateral for the new J.P. Morgan loan. Other tenants include a wine shop, a yoga studio and a Sephora cosmetics branch. Nutrition-minded casual restaurants Sweetgreen, Dig Inn and by Chloe serve food in the building.

Of the building’s 85,000 square feet of retail space, just two units totaling 3,470 square feet are vacant. Asking rents for those spaces are $200 per square foot, Chris DeCrosta, of leasing broker GoodSpace, said in an email. One tenant in the building that signed a lease in July 2016, a Flywheel stationary bike studio, agreed to an asking rent of $125 per square foot at the time, according to CoStar Group data.

“We are thrilled to do this transaction with J.P. [Morgan, because] the firm is a world-class institution,” Eyal Greenberg, a RedSky Capital executive, said in a statement. The deal reflects “the quality of the Redbridge portfolio and its outstanding tenancy,” he added.

Jonathan Schwartz and Aaron Appel led the JLL Capital Markets team that brokered the financing, according to an announcement from that company.

“RedSky Capital is among the most successful investors in Brooklyn,” Schwartz said in prepared remarks. “Redbridge is located on one of the most prosperous retail corridors in Brooklyn: this was a tremendous lending opportunity that was competitively bid.

Inquiries to J.P. Morgan Chase were not immediately returned.

Update: This article has been edited to include updated information about the size of the loan.