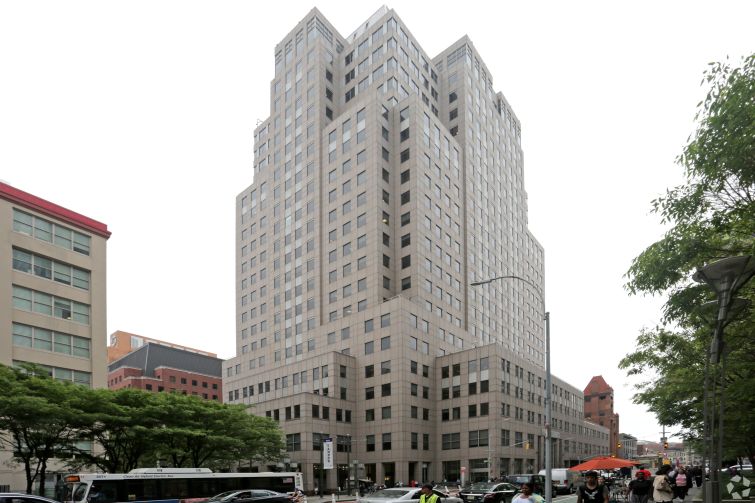 The company will occupy most of the 22nd floor of the building, which is located between Jay and Lawrence Streets, according to information provided by the landlord. In addition, NYU has renewed its 32,000-square-foot lease for the entire 19th floor of the building. The asking rent was in the high $50s per square foot and the transaction is for 10 years.

NYU had been looking for space to relocate administrative support offices from buildings near its main campus around Washington Square Park, and will consolidate those offices in the new space on the 22nd floor of 1 MetroTech, according to a school spokesman.

“We have been planning for some time to find a new home for our IT administrative offices away from our core,” NYU spokesman John Beckman emailed. “Since the merger with the former Polytechnic University (now Tandon School of Engineering), we have focused on Brooklyn as an excellent choice for an expanded NYU presence. Forest City [New York] offered us an opportunity to move quickly into a fully built-out, top-quality space ideally laid out and sized for IT administration—and we took it.”

The transaction was handled in-house by David Soles of the real estate team and the school’s treasurer, Janine Wilcox. An in-house Forest City team of Ali Esmaeilzadeh and Jesse Cooperman handled the deal for the landlord.