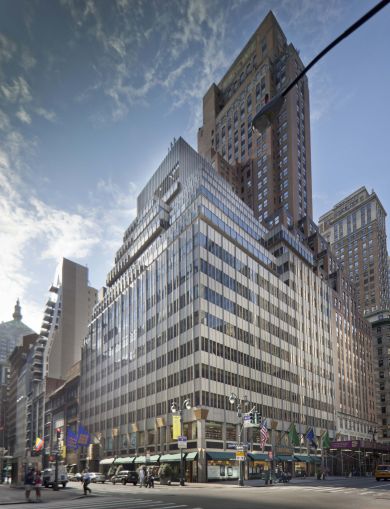 Nicoletti Gonson Spinner signed a five-year deal late last month to extend its lease at the 20-story, 225,000-square-foot property at the southeast corner of East 46th Street, according to representatives for landlord ATCO Properties & Management. The law firm’s New York City office has occupied part of the eighth floor at 555 Fifth Avenue since 2006, with its new lease commencing in January 2019.

Asking rent in the deal was $64 per square foot, per ATCO, which was represented in-house by Jerry Suchman and John Walker of ATCO Brokerage Services. Nicoletti Gonson Spinner had no outside broker representation.

In a statement, ATCO co-President Kate Hemmerdinger Goodman described the law firm as “a mainstay at 555 Fifth Avenue for more than 12 years,” and said the landlord is “delighted to extend our relationship for many years to come.”