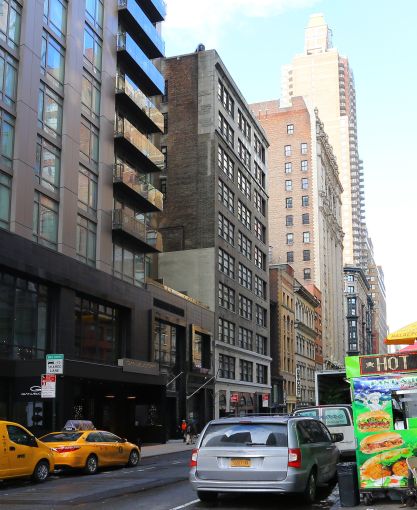 At 6 West 48th Street near Rockefeller Center, Knotel agreed to a 10-year deal for 23,500 square feet across the entire second, third, fourth, 12th and penthouse floors at the 12-story, 74,000-square-foot building between Fifth Avenue and Avenue of the Americas, Knotel announced today.

And further south at 38 East 29th Street in NoMad, the office provider inked a 10-year deal for 13,400 square feet across the entire seventh and eighth floors at the 10-story, 66,000-square-foot property between Park Avenue South and Madison Avenue, Knotel said.

“By providing access to prime locations under agile terms, we are enabling companies small and large to expand their operations quickly and efficiently, serving as a critical catalyst for their own growth,” Eugene Lee, Knotel’s global head of real estate and business development, said in a statement.

“The surrounding neighborhood is home to an increasingly diverse roster of companies seeking collaborative workspaces in proximity to Grand Central Terminal, Port Authority, Penn Station and other mass transportation options,” she said in a statement, adding that “the building’s proximity to Rockefeller Plaza also provides a fantastic amenity.”

A spokeswoman for NKF declined to comment. Representatives for Skylight Leasing could not immediately be reached for comment.