Dog Days of CMBS? (If You Think This Cycle is Nearly Over, You’re Barking Mad): Fitch 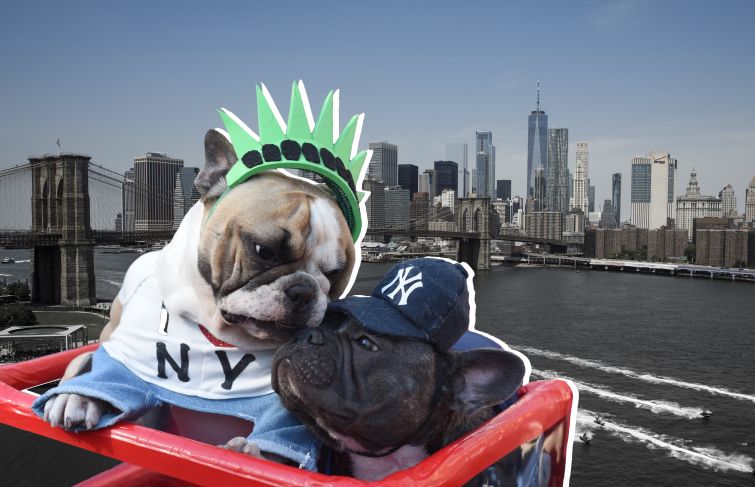 Are we in the dog days of CMBS? Not even close. Credit: Getty Images

How many unique phrases does it take to get to the center of this unconventionally long U.S. commercial real estate market cycle?

Is it in “extra innings”? No. “Overtime”? Please. The newest observation from Fitch Ratings is that this cycle is aging similarly to dog years, in that every two years of this real estate cycle is the equivalent to one year of the last cycle (thankfully not seven years, as is the customary calculation for canines’ aging).

Fitch’s Head of U.S. CMBS Huxley Somerville spoke about the subject in a feature interview as part of the agency’s 2018 virtual investor video series.

“We are, given historical norms, quite late in the cycle,” Somerville said, speaking to Fitch’s Americas Head of Structured Finance, Rui Pereira. “The way I look at it is like dog years. We’re only in year five because we’re certainly not seeing what you would expect to see this late in a cycle. Construction has been relatively benign, though there are pockets of construction that we watch carefully, but overall, the aggregate construction levels are fairly muted and certainly take place in areas where the demographics or business activity demands it.”

As of now, with the industry experiencing low leverage levels across the board, slow and steady seems to win the race. But a low interest rate environment coupled with a three-fold increase in interest only loans since 2011 has created a murky picture for future refinancing.

“In current [CMBS] conduits in 2018, the average mortgage rate is still sub five percent. For interest only, that’s a concern we’ve been vocal on for several years now,” Somerville said. “Interest only loans as a proportion of total loans is three times what it was in 2011. Certainly, refinance risk is the biggest concern. With the very low interest rate environment in which these loans were originated, one can expect that [interest rates] would be higher when they come to refinance, and any benefit from amortization that could’ve been inherent in those loans is lacking because of the interest only nature.”

The lack of retail in new issuance CMBS and investors’ softening appetites for the space have also pushed other asset classes in CMBS transactions to the fore, Somerville said. But it’s possible that causes more harm than good.

“Retail has been a concern of ours since 2014. It’s going under a fundamental shift and while we believe retail will be around in the future, Class-B malls we’re very wary of, especially if it’s a Class-B mall competing against another Class-B mall in the same area. One will survive but which one is difficult to say at this stage.

“We see a bogey of, say, 25 percent in conduit,” Somerville added. “Below that level you see a lot of transactions with 20 to 24 percent retail. Above that, I think it’s easy for investors to say they’re not interested in that transaction. The problem is when you reduce retail—and it’s come down 10 percentage points from previous years—it’s replaced with something else. We have seen an increase in hotels, and hotels, by their very nature, have very volatile income potential. We have also seen an increase in suburban office, especially single-tenant suburban office. You have to be very careful what replaces retail because both those property types we believe could be worse than a retail of the same quality.”

Fitch labeled 2015 as a low point for CMBS underwriting, but said the firm has seen a steady improvement in underwriting standards over the course of the last two years. Due to this, Somerville said he’s seen credit enhancement dip considerably at a time in the cycle where he’d normally expect it to reach peak levels. That’s promising, given the flattening yield curve environment and the Federal Reserve‘s push to hike rates a handful of times by year end.

As the year progresses and winds down, Somerville believes macro conditions domestically and abroad as well as looming CMBS 2.0 refinancings that are stymied by rising rates could be troublesome.

“Interest rates are rising and we believe they will continue to rise, though steadily,” Somerville said. “We are also entering the first of CMBS 2.0 refinancings, so if rates rise more substantially than we expect, that could impact the ability of those loans to refinance. So, that’s probably the one risk we see right now as possible to occur. I think the bigger concern though is probably something out of left field that affects the capital markets and macro economic environment more fundamentally. For instance, what’s happening now in Italy; how does that impact what we see in the next six to 12 months.”