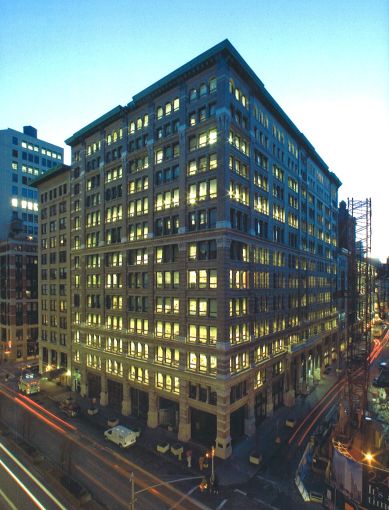 Discovery Inc. has found a new corporate headquarters at 230 Park Avenue South, where it is taking all of the roughly 360,000 square feet of office space at the TF Cornerstone-owned Flatiron District property.

After announcing in January that it would be leaving its current headquarters in the Washington, D.C. suburb of Silver Spring, Md., the media company signed a “long-term” lease last week to relocate its headquarters to the 13-story, 386,000-square-foot building at the southwest corner of East 19th Street, TF Cornerstone Principal Jake Elghanayan confirmed to Commercial Observer.

Discovery is expected to begin taking occupancy of its new space at 230 Park Avenue South in the fall of 2019, with TF Cornerstone pouring $40 million into upgrading the building in advance of the move.

While TF Cornerstone wasn’t actively marketing the space, Elghanayan said TF Cornerstone was on the lookout for a new tenant in the knowledge that marketing and communications firm Y&R and e-commerce mattress retailer Casper Sleep would be vacating the property after their leases expired in 2021. Those tenants will now be leaving their spaces in advance of their lease expiries to accommodate Discovery’s move.

“I think it’s a good moment in time where there are larger, corporate, tech and media companies that want to be in this area,” Elghanayan said of 230 Park Avenue South’s prime Midtown South location a few blocks north of Union Square. He added that Discovery was drawn to the 1895 building’s large 28,000-square-foot floor plates and its distinct, late-19th century aesthetic, including terracotta columns and ceilings.

The $40 million that TF Cornerstone will spend on improving and modernizing the property will go toward expanding the lobby, upgrading the elevator and HVAC systems and building an outdoor courtyard.

In a press release announcing its move, Discovery said its new offices will feature an open floor plan and “loft-like features such as exposed ceilings and natural light,” as well as a ground-floor studio and production space and “full-service wellness center.”

“The new Discovery is transforming into a different kind of global media company, and where and how we work is a critical foundation for our future success and growth,” David Zaslav, Discovery’s president and CEO, said in a statement.

He added that the company is “energized” by its move to “the media capital of the world,” and that Discovery is “look[ing] forward to bringing our world-class employees together in a creative and collaborative workspace in one of Manhattan’s most vibrant and dynamic neighborhoods.”

Representatives for C&W and JLL did not immediately provide comment. The New York Post first reported the news of the deal, citing Discovery’s recent $12 billion acquisition of media company Scripps Networks Interactive, which has a large office footprint in New York, as a motivating factor in its decision to relocate to the city.

Discovery and Scripps will be vacating offices at 850 Third Avenue and 1180 Avenue of the Americas in Midtown and the Chelsea Market building at 75 Ninth Avenue to move to 230 Park Avenue South, the Post reported.